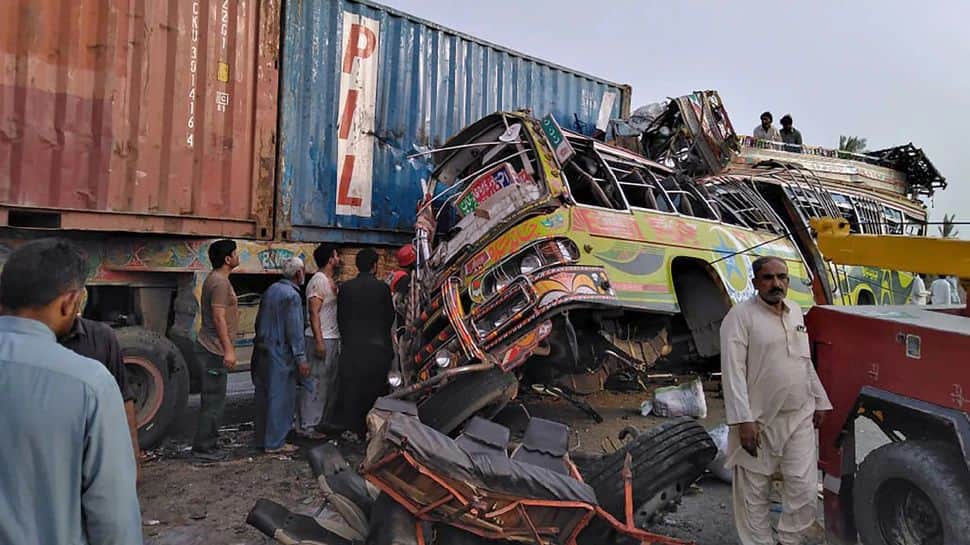 New Delhi: At least 20 people have been killed, while six were injured in a collision between a passenger bus and an oil tanker in the Punjab province of Pakistan on Tuesday (August 16). As per reports, the bus was travelling to Karachi from Lahore carrying 26 people, including a driver and conductor. The accident took place on a motorway in Multan, some 350 km from Lahore, reportedly because of overspeeding.


As many as 18 passengers were burnt alive on the spot after both the bus and tanker caught fire due to the collision. Eight injured people were admitted to a hospital where two succumbed to their wounds during the treatment.


“Twenty people have perished in a collision between a bus going to Karachi from Lahore and an oil tanker. After the collision, both the bus and tanker caught fire and the passengers were burnt alive” a Rescue 1122 spokesperson said.


He added that six passengers who suffered burn injuries were shifted to Nishtar Hospital in Multan where their condition is said to be critical.

“Most bodies of the perished passengers are burnt completely and beyond recognition. These bodies will be handed over to the families after a DNA test,” he informed.


Meanwhile, Punjab Chief Minister Parvez Elahi has expressed grief over the loss of lives in the accident and directed the administration to cooperate with the families of the deceased to identify them.


This, notably, is the second major road accident in the province in the last three days. Earlier on Saturday, 13 people were killed after a loaded truck collided with a passenger bus.