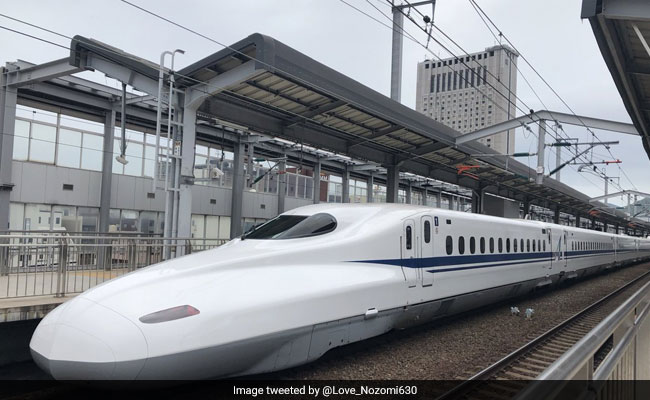 Bullet train project is getting delayed due to land acquisition, said railways (Representational)

Seventy-two per cent of contracts of the bullet train project between Mumbai and Ahmedabad will be undertaken by domestic firms as part of the railways’ efforts to boost ”Aatmanirbhar Bharat”, Chairman and CEO of the Railway Board V K Yadav said on Friday.

Most of the high value technical work like laying of bridges and tunnels will be handled by Indian contractors, while Japanese firms will handle works related to signalling, telecom and rolling stock, he said at a webinar organised by the Associated Chambers of Commerce of India (ASSOCHAM).

Of the estimated cost of Rs 1.10 lakh crore for the 508-km-long high-speed rail corridor project, Rs 88,000 crore will be given to India as loan by Japan International Cooperation Agency (JICA).

“After a very detailed discussion with the Japanese government, we have made 72 per cent of the entire contract value open to Indian contractors which includes all civil engineering work including bridges, under-sea tunnel related contracts, whereas contracts for Japanese contractors are only limited to signal and telecom, initial rolling stock and electrical works,” Mr Yadav said.

“The Railways is going to achieve this objective of ”Aatmanirbhar Bharat” in a big way and the most important thing is that the Railways is developing infrastructure in an integrated manner in such a way that we will be able to take care of traffic requirements till 2050,” he said.

The chairman said that the Mumbai-Ahmedabad bullet train project is getting delayed due to land acquisition. In Gujarat, 90 per cent land has already been acquired and the remaining 10 per cent will be available by December 31.

During the webinar, he also said that the final draft of the national rail plan 2030 is ready and it is likely to be released next month.

“Vision 2024 is part of the national rail plan 2030 which will be taking care of infrastructure needs which requires to be developed by 2030 to take care of traffic requirements of 2050 and it includes all the projects included in the Vision 2024 document,” Mr Yadav said.

Mr Yadav also said that there has been a paradigm shift in the last three to four months in the way in which business development activities and marketing initiatives have been undertaken.

“Our portal for business development which is under development and by mid of December we are going to provide online facilities like tariff calculation, tracking consignment and others,” he said.