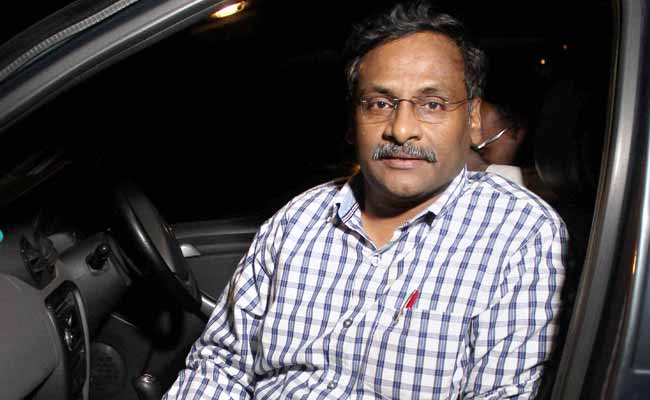 GN Saibaba, the former Delhi University professor who is serving a life term for Maoist links, will continue to remain in jail, the Supreme Court said today, suspending the Bombay High Court order on his acquittal. The top court also sought responses from GN Saibaba and the other accused on a plea moved by the Maharashtra government against the high court order and listed the matter for hearing on December 8.

The top court bench of justices M R Shah and Bela M Trivedi, which sat on a non-working day to hear the matter, also rejected GN Saibaba’s request for putting him under house arrest in view of his physical disability and health conditions.

“The request for house arrest cannot be accepted as he was convicted for a serious offence, the bench said on Saturday.

The Maharashtra government had approached the top court after the Bombay High Court acquitted Mr Saibaba and ordered his immediate release from jail, noting that the sanction order issued to prosecute the accused in the case under the UAPA was “bad in law and invalid”.

The top court agreed to hear the matter on urgent listing on Saturday, usually a holiday at the top court, after Solicitor General Tushar Mehta’s forceful pitch that the acquittal was not justifiable under the stringent anti-terror law UAPA (The Unlawful Activities (Prevention) Amendment Act).

Mr Saibaba, 52, who is wheelchair-bound due to a physical disability, is currently lodged in the Nagpur central prison. He was arrested in February 2014.

In March 2017, a sessions court in Maharashtra’s Gadchiroli district convicted Mr Saibaba and others, including a journalist and a Jawaharlal Nehru University (JNU) student, of alleged Maoist links and for indulging in activities “amounting to waging war against the country”.