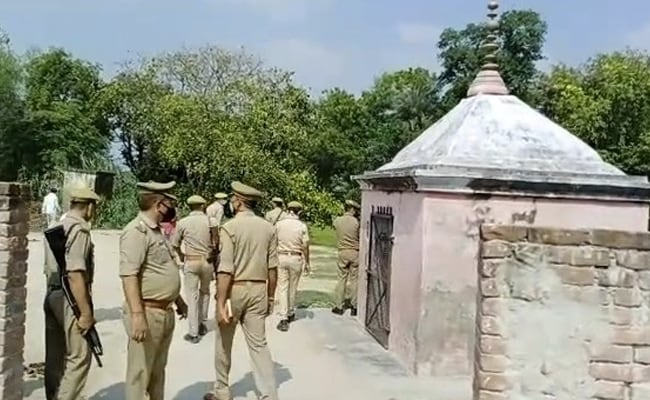 UP Police said further investigation is underway in the case (Representational)

The accused, in the incident in which three minor girls suffered burn injuries after being allegedly attacked with acid on Monday night while they were asleep in their house in UP’s Gonda district, has been arrested, police said on Tuesday.

The accused was arrested following an encounter with police personnel in the state’s Huzurpur area late Tuesday evening. He sustained injuries during the encounter and has been hospitalised.

Speaking to reporters, Additional Superintendent of Police (ASP) Mahendra Kumar said, “A case was registered at the Paraspur police station after an acid-like chemical was thrown on three minor girls. In the police investigation, it was found that a person Ashish aka Chotu is an accused.”

“Police launched a search for the accused and late evening, a police team saw him arriving on a motorcycle. His bike slipped when he saw the police jeep and he opened fire at police, and police personnel retaliated in self-defence during which the accused got injured. He has been arrested and sent to a hospital for treatment,” the ASP said.

The bike of the accused has been seized and a pistol and cartridges have been recovered from his possession, the police official said adding that a further investigation is underway.

Chief Minister Yogi Adityanath has instructed the Gonda superintendent of police to take strict action against the culprit and provide the girls with immediate financial aid and ensure proper treatment, an official statement said.

The siblings aged 17, 12 and seven years have been admitted to the district hospital where they are undergoing treatment.