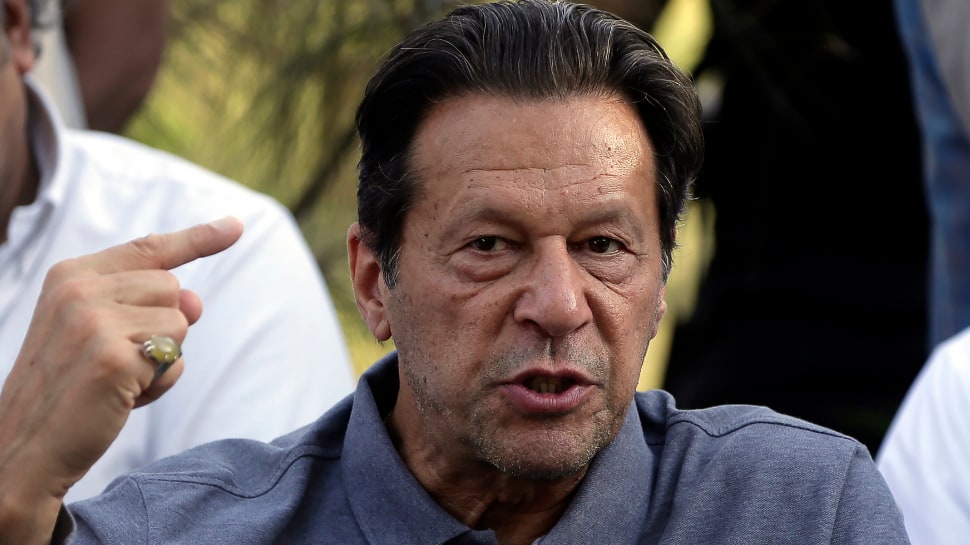 Islamabad: Pakistan’s former prime minister Imran Khan has called on President Arif Alvi to “act now” and stop the massive “abuse” of citizens at the hands of “rogue elements” in the government. In a letter to the president on Sunday, Khan stated that since the removal of the Pakistan Tehreek-e-Insaf (PTI) government, the country has been ‘confronted with an ever-increasing scale of false allegations, harassment, arrests, and custodial torture’. Khan, 70, has alleged that Interior Minister Rana Sanaullah has ‘repeatedly issued death threats’ to him and that he was informed of an assassination plot ‘hatched by Prime Minister Shahbaz Sharif, Interior Minister Rana Sanaullah’ and a senior military official, the Express Tribune newspaper reported.


“The plot was operationalised earlier this week during our long march, but Allah saved me and the assassination attempt failed,” he said.


Imran requested that as the head of the State of Pakistan and “also as the Supreme Commander of the Armed Forces” of the Constitution, President Alvi take note of the “following serious wrongdoings that undermine Pakistan’s national security”.


He further asked Alvi, who also hails from Khan’s PTI, to lead an inquiry to identify the guilty and “hold them accountable”.

The deposed premier reiterated that the country was observing a “massive abuse of citizens at the hands of rogue elements within state organisations, including custodial torture and abductions”, all of which he claimed was “carried out with impunity”.


“You hold the highest Office of State and I am requesting you to act now to stop the abuse of power and violations of our laws and of the Constitution, which ensures the fundamental rights of every citizen,” he further added.


During his long march on Thursday, Khan nearly escaped an assassination attempt after being shot. He sustained bullet injuries in the right leg and underwent a surgery. He was discharged from the hospital on Sunday and has been moved to a private residence in Lahore.


On Saturday President Alvi and first lady Begum Samina Arif Alvi visited the Shaukat Khanum Memorial Cancer Hospital and Research Centre in Lahore to inquire about the health of Khan and thereafter stayed with him for almost three hours.

The president and the first lady expressed their best wishes and prayed for his (Khan’s) speedy recovery.


During the meeting, Alvi, and Khan also exchanged views on the dire political and economic situation of the country.