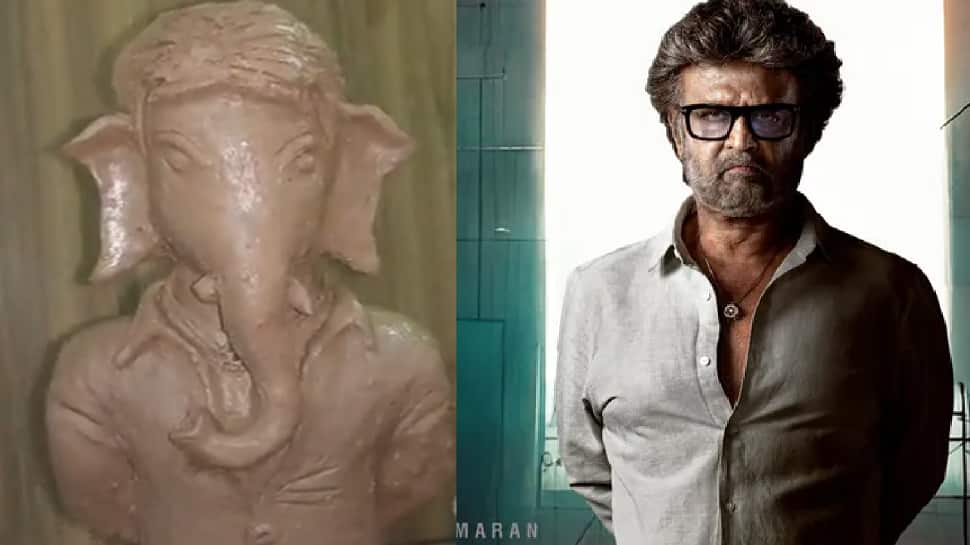 New Delhi: Ganesh Chaturthi celebrations are in full swing across the country. Devotees have brought different types of idols of the Elephant God to their homes to celebrate the 10-day-long Ganesh festival. Fans are going filmy this time.


On Wednesday, a video of a Ganpati idol went viral, where the deity can be seen standing with hands at the back in a blue shirt and beige coloured trousers to how Rajinikanth was seen in his first look poster of the film `Jailer.`


Recently, the makers of the film released Rajnikanth`s first look poster and treated fans with the news of the commencement of the film`s shoot. In the poster, Rajinikanth was seen wearing an off-white shirt and khaki trousers. He was also seen keeping his hands at the back and a full-sleeved off-white shirt.

The film`s announcement has left fans excited. It seems like `Jailer` will be an action thriller. The `Lingaa` actor has teamed up with filmmaker Nelson Dilipkumar for this project. The upcoming movie also includes stars like Aishwarya Rai Bachchan, Ramya Krishnan, Priyanka Arul Mohan, and Shiva Rajkumar.


Before Jailer, Rajnikanth and Aishwarya Rai Bachchan worked together in “Robot” which was a hit movie. Ash and Rajini`s on-screen chemistry was nothing short of magical in this film.


Ganesh Chaturthi, a ten-day festival that starts on the fourth day of the Hindu lunisolar calendar month Bhadrapada, started on August 31 this year. The festive period is also known as Vinayak Chaturthi or Vinayak Chavithi.


It is celebrated with much fanfare in Mumbai and other parts of Maharashtra with lakhs of devotees converging on pandals to seek blessing from Lord Ganesh. With 2022 bringing back Ganesh Chaturthi festivities following two-year-long COVID-induced hiatus, preparations are in full swing across the nation.

For the festivities, people bring Lord Ganesh idols to their homes, observe fasts, prepare mouth-watering delicacies, and visit pandals during this festival. This auspicious ten-day festival starts with Chaturthi Tithi and ends on Anantha Chaturdashi.


Meanwhile, Rajinikanth was last seen in `Annaatthe`, directed by Siva, which was released to mixed reviews for Diwali in 2021