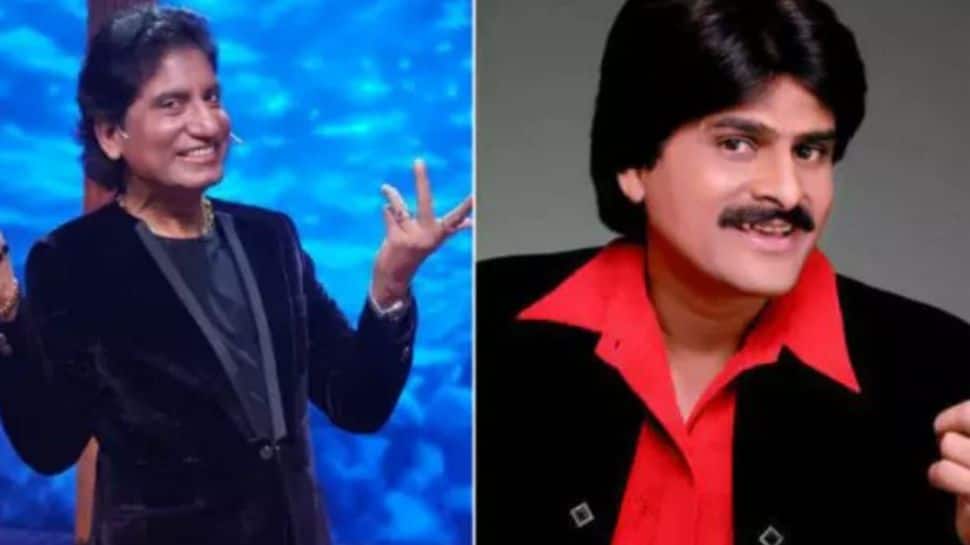 New Delhi: Raju Srivastava’s death has taken everyone by shock. The ace comedian who was popularly known as ‘Gajodhar Bhaiya’ left us all on Wednesday morning. He was admitted to the hospital on August 10 after experiencing chest pain and collapsing while working out at the gym.


Fellow comedian Ahsaan Qureshi opened up on his bond with Raju and shared some anecdotes about his life. While talking to News18, he said, “My association with Raju Srivastav goes back to 2005 when we both met as contestants on The Great Indian Laughter Challenge. It was an amazing experience sharing the stage with him. In the last 17 years that I know him, I realised that all he wanted was to make everyone laugh. Just like many others, he too came to make a name in the film industry and he was really successful in doing so.”


He also shared the incident when Raju went all the way to Mumbai to pray for his ‘god’ Amitabh Bachchan. “I remember the incident when the entire nation was praying for Amitabh Bachchan after he met with an accident on the sets of Coolie (1983). Similarly, for the last 42 days, the whole of India was praying and hoping for a miracle and hoping that Raju bhai gets up and makes everyone laugh again. Unfortunately, that didn’t happen. For me, he was more than a contemporary. It feels like I have lost a member of my family. He was like an elder brother to me.”

He also talked about Raju Srivastava’s last wish and said that he wanted to work in the sequel of ‘Bombay to Goa’. “I remember last meeting him at an office in Mumbai. Sunil was also there and we enquired about how to apply for the subsidy for films. He also discussed the idea of making films with all the comedians in it like a sequel to our hit film Bombay To Goa. It was his last wish and all of us would try and fulfil his wish of making a film with all comedians,” he further added.


Ahsaan Qureshi and Raju Srivastava appeared together on ‘The Great Indian Laughter Challenge’ in 2005 and later worked in ‘Bombay To Goa’.