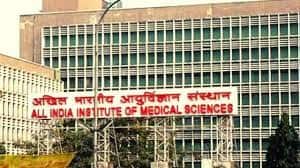 New Delhi: In an interview with IANS, Chandrasekhar claimed that the server attack was definitely a part of a larger conspiracy. He said that the Indian Computer Emergency Response Team (CERT), National Investigation Agency (NIA) and the Delhi Police are probing the matter. He added that the government makes various arrangements to protect government institutions from cyber attacks, but AIIMS being an autonomous institution hires private agencies for the purpose.


The government is considering setting a standard to prevent such incidents which would be sent to institutions like AIIMS as an advisory, urging its implementation, he said. Describing it as an issue of ransomware, the minister said that patients` data had not been leaked so far, but it has been made inaccessible from the hospital.


ALSO READ | THESE India companies have highest female participation in the total workforce, according to latest report – In PICS

He called it an issue of cyber security. Chandrasekhar added that the government would bring a Digital Personal Data Protection Bill regarding data breach, after the implementation of which the victims in such cases would be able to complain about their data privacy breach by emailing the Data Protection Board.