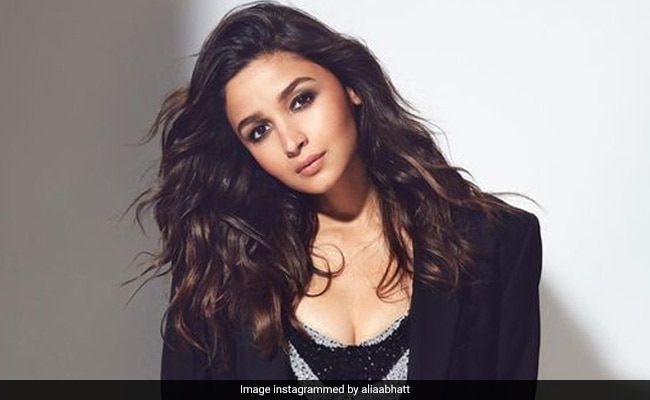 Alia Bhatt, who is busy with the promotional duties of Darlings shared a few pictures of her OOTD – a black an white dress. She accentuated her look with her a black blazer, which BTW, she stole from husband Ranbir Kapoor’s wardrobe. She captioned the post: “While the husband’s away – I stole his blazer to complete my look today – thank you my darlings.” Ranbir Kapoor is currently shooting for Sandeep Reddy Vanga’a Animal, co-starring Anil Kapoor and Rashmika Mandanna. Earlier this week, pictures of them shooting at the Pataudi Palace went viral.

This is what Alia Bhatt posted:

Ranbir Kapoor and Alia Bhatt got married in April at their house Vastu in the presence of family and a few close friends. They will be seen sharing screen space for the first time in Ayan Mukerji’s Brahmastra. Announcing her pregnancy last month, Alia Bhatt wrote in an Instagram post: “Our baby …Coming soon.”

On the professional front, Alia Bhatt recently wrapped the shoot of Heart Of Stone, co-starring Gal Gadot and Jamie Dornan, which marks her Hollywood debut. She awaits the release of Darlings, which marks her debut as a producer. She will also be seen in Karan Johar’s Rocky Aur Rani Ki Prem Kahani and Farhan Akhtar’s Jee Le Zaraa.