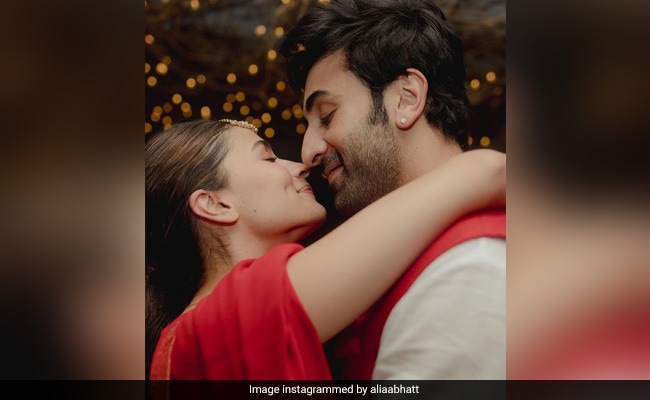 ‘Brahmastra Part One: Shiva’ earned over ₹ 300 crore in gross box office collection worldwide in the first week of its release. However, there is a lot more than just the business and scale of the movie that the audience is talking about. It stars two leading stars of the Hindi film industry, Alia Bhatt and Ranbir Kapoor, who fell in love on the sets of the film and before the release also got married and announced their pregnancy. In an exclusive chat with NDTV, they shared what it was like working together and juggling their personal and professional dynamic. “Easy” was Alia’s quick one-word reply on being asked about working with her husband.

Both actors believe in surrendering and completely giving to the process. Director Ayan Mukerji couldn’t have imagined the film without Alia Bhatt and Ranbir Kapoor being together. He said, “Supposing Ranbir was in Brahmastra and Alia was not. I don’t think we could have managed the film”.

Released on September 9, ‘Brahmastra‘ follows the story of Shiva (played by Ranbir), who has a strange relationship with fire. He on a journey with his love interest Isha (played by Alia) to discover the secrets behind his powers. Ranbir shared how he respects Alia a lot and admires her as an actor. He said in his typical tongue-in-cheek style, “She can be daunting sometimes because she is a bit boisterous. She can bully you as she tries and gets me to do a lot of Instagram photo shoots before we go to an event”. Alia, however, was quick to offer a defence and rejected the allegations he was levelling in jest. “He is the shyest person ever and went like ‘no baby no’ when I asked him to shoot for Instagram. I haven’t asked him for a shoot after that,” Alia told NDTV about Ranbir.

Ranbir Kapoor agreed with “sure, sure” explaining that he is at a point in his life where if someone tells him “2 plus 2 is 5,” he will agree. Smartly navigating the conversation, Ranbir declared Alia the “best manager in the world.”

Brahmastra Part One: Shiva is the first film in a trilogy and co-stars Amitabh Bachchan and Mouni Roy. Shah Rukh Khan and Nagarjuna appear in cameo roles.