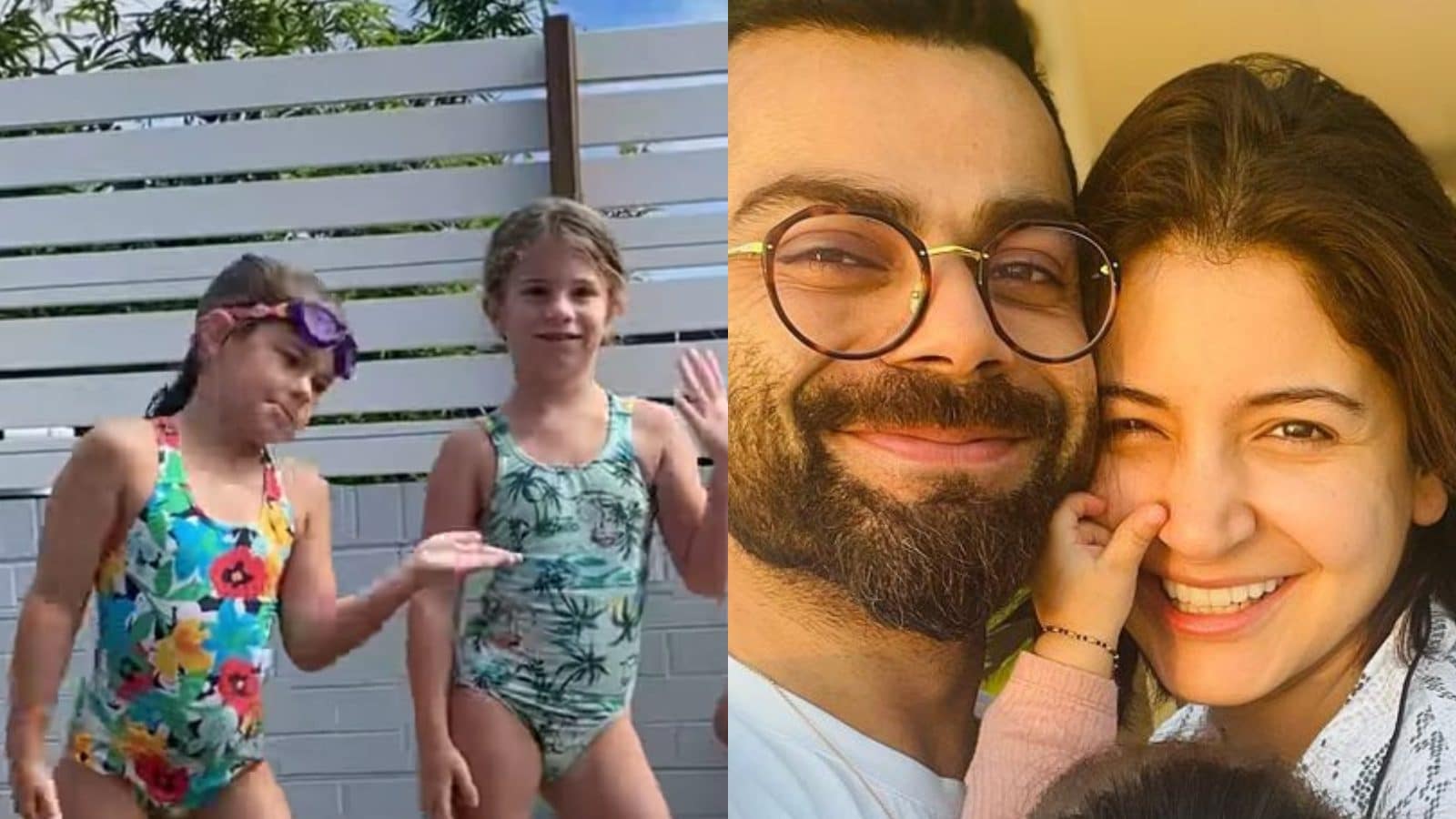 Aussie cricketer David Warner on Sunday took to Instagram to show that not only he and his wife Candice Warner but their daughters Ivy Mae Warner, Indi Rae Warner and Isla Rose Warner are also hooked to the songs from Allu Arjun and Rashmika Mandanna’s film Pushpa. He shared a video of his daughters dancing to the song Saami Saami. Allu Arjun took to the comments section and praised the girls.

Anushka Sharma and Virat Kohli’s fans are angry after Vamika’s face was revealed during the India vs South Africa match on Sunday. The Indian cricket team is playing the third One Day International against South Africa in Cape Town and Anushka was in the stands with Vamika to show her support to Virat. During the broadcast, the camera panned towards Anushka standing in the stands with Vamika in her arms and gave the first look at Vamika’s face.

Amitabh Bachchan’s granddaughter Navya Naveli Nanda is very active on social media and has a separate follower base of her own. Recently, she shared a photo on Instagram flaunting a couple of white hair strands and her fans are loving it. She also got a thumbs up from her uncle Abhishek Bachchan, Zoya Akhtar and Angad Bedi among others. In the photo, she is seen wearing a pink saree matched with elegant earrings and a neckpiece. She captioned the photo as, “🌸🌝 ft. my white hair :)”

The first picture of Aishwaryaa Rajinikanth following the announcement of her separation from Dhanush has surfaced online. On Saturday, a picture of Aishwaryaa busy with the preparation of an upcoming song she is working on surfaced online. In the picture, Aishwaryaa was seen seated at one end of the table and discussing work with her team. Aishwaryaa is reportedly filming the song in Hyderabad. Her estranged husband Dhanush is reportedly in the same hotel as her in Hyderabad.

Shahid Kapoor and Mira Rajput packed in the romance on Sunday. Mira took to Instagram and shared a picture in which the couple was seen sharing a passionate kiss. Shahid had his back against the camera and had Mira in his arms. She shared the picture with the caption, “Sunday binge.” Fans had all kinds of reactions to it.