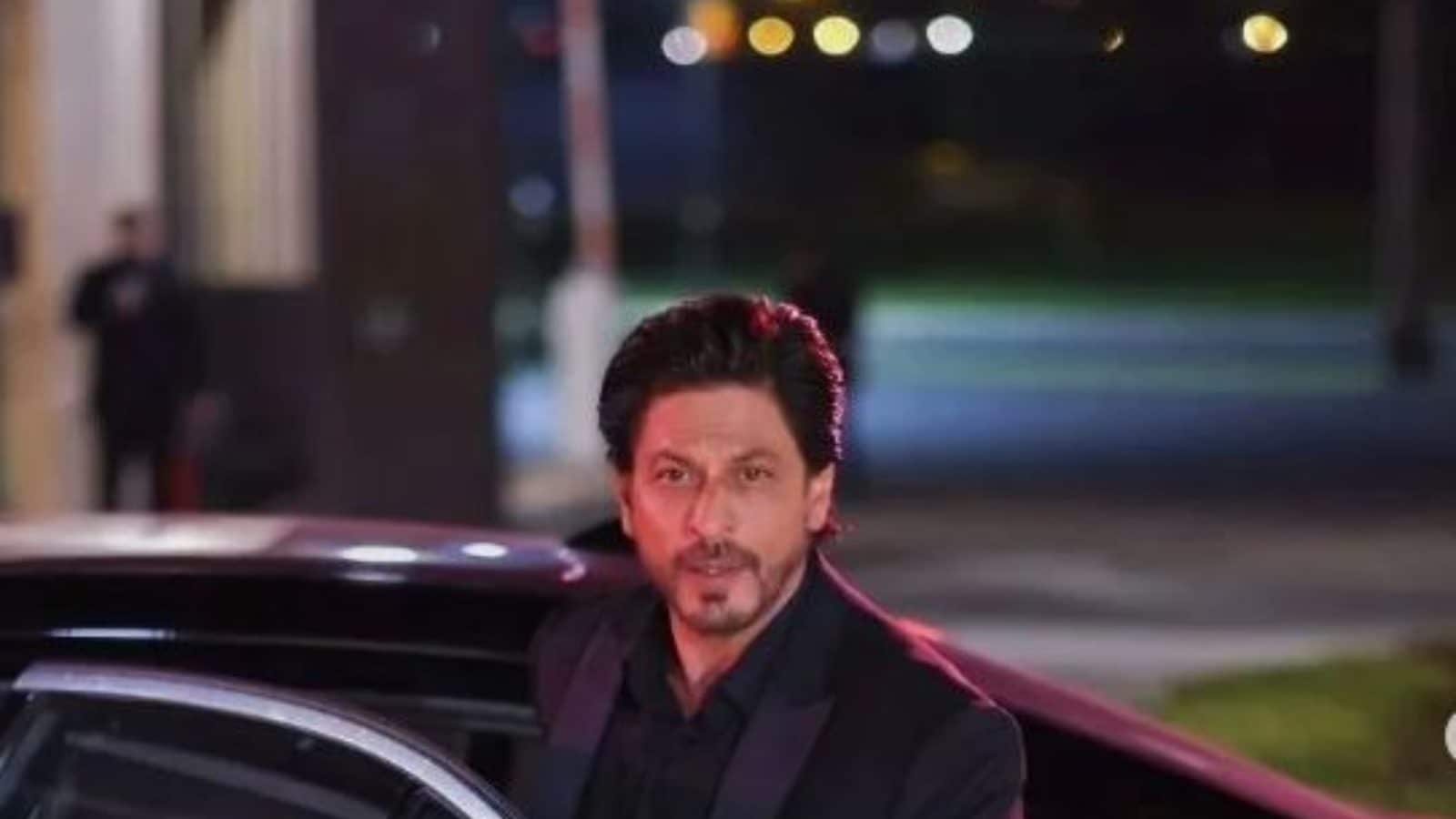 Shah Rukh Khan was clicked at the event in Saudi Arabia dressed in a dapper black suit. He was welcomed by his excited followers with cheers.

Not just Shah Rukh Khan’s Indian fans but his fans and followers all around the globe are eagerly waiting to see him on the big screen again. And it was evident at the Red Sea International Film Festival in Jeddha, which SRK attended last night. The superstar was clicked at the event in Saudi Arabia dressed in a dapper black suit. He was welcomed by his excited followers with cheers.

A video shared by his manager Pooja Dadlani on her Instagram story section sees the superstar say the dialogue of his upcoming film Pathaan and the crowd going berserk. Several photos and videos of SRK have also gone viral on social media from the film festival.

Take a look at them: Meanwhile, SRK is in Saudi Arabia for the shoot of his film Dunki. He recently shared a video informing his fans that he has finished the shoot. In the video, the actor also thanked the entire cast and crew of the film and shared that it was ‘lovely’ shooting in the country. He also thanked Saudi Arabia’s Ministry of Culture and Films for letting them shoot at ‘spectacular locations’. Yesterday, the actor was also clicked performing the Umrah at Mecca.

Talking of Pathaan, the film will mark Shah Rukh Khan’s comeback on the big screen after 5 years. However, this year, he was seen in three cameo roles in the film Rocketry: The Nambi Effect, Brahmastra and Laal Singh Chaddha. Pathaan also stars Deepika Padukone and John Abraham. It will release on January 25, 2023. Following Pathaan, the actor will also be seen in Jawan with director Atlee and actress Nayanthara. Next, he has Dunki in the pipeline, where he will star with Taapsee Pannu.