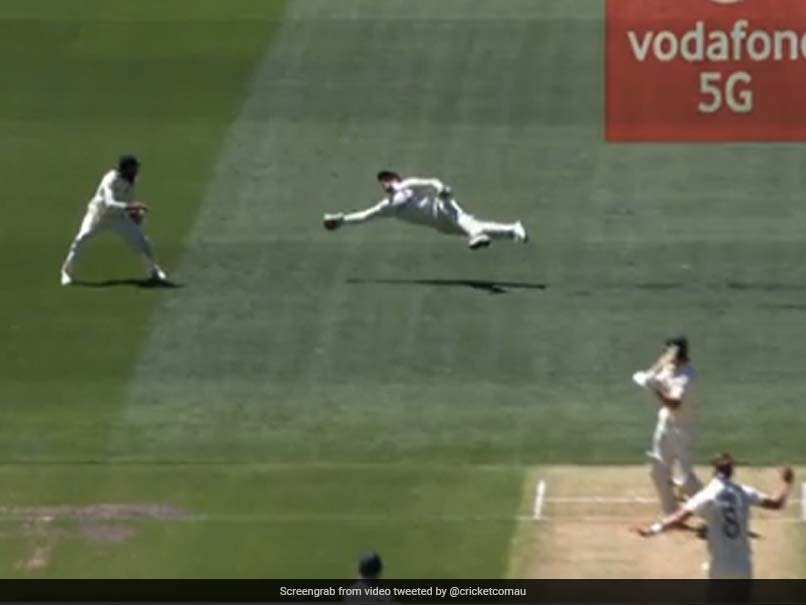 After winning the toss in the second Ashes Test in Adelaide, Australia got off to a slow start and lost one wicket early against England. Veteran England pacer Stuart Broad struck early on his return as he removed Australia opener Marcus Harris in his fourth over on Day 1. Broad bowled a short delivery and Harris hit the ball to fine leg area but England wicketkeeper Jos Buttler put in an extraordinary effort to dismiss the opener early. Buttler dived to his right side and ended up taking a brilliant one-handed catch behind the stumps.

Cricket Australia also tweeted a video of Buttler heroics in the field, captioning it as: “INSANE! Buttler pulls in an all-timer behind the stumps! #Ashes”.

INSANE! Buttler pulls in an all-timer behind the stumps! #Ashes pic.twitter.com/v96UgK42ce

Broad is making his comeback to England’s side after being dropped from the playing XI in the first Test along with his senior partner James Anderson. England have included both their senior fast bowlers in the playing XI for Adelaide’s day-night fixture.

On the other hand, Australia are playing without their newly appointed Test captain Pat Cummins after the all-rounder was ruled out of the second Test for being a close contact of a person who tested positive for COVID-19. Under the bio-security rules, the 28-year-old now has to isolate himself for seven days.

Steve Smith is leading Australia in the absence of Cummins and this is the first time he is captaining the national side in any format since the 2018 ball-tampering scandal in South Africa.

Australia lead 1-0 against England in the five-match Ashes series.