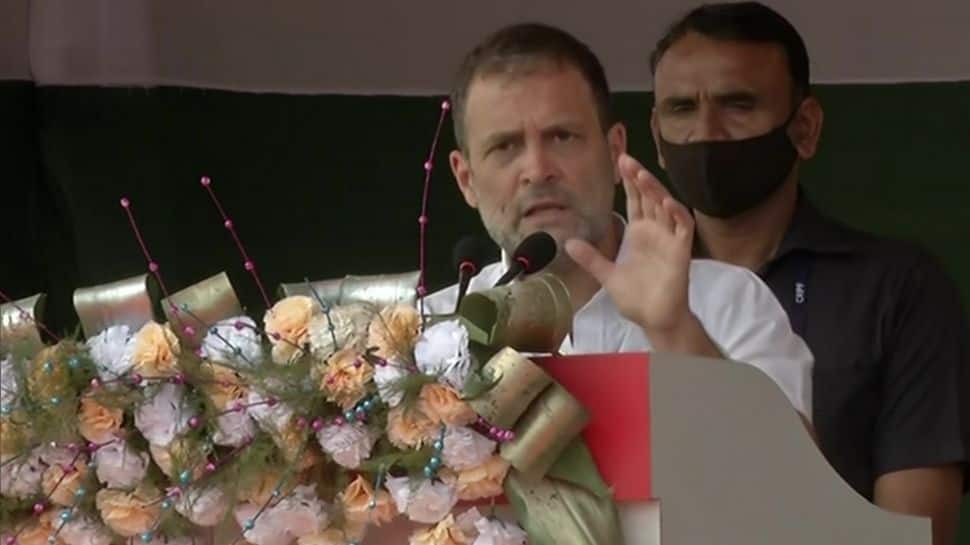 New Delhi: Congress leader Rahul Gandhi on Friday (March 19) announced that if his party is voted to power in Assam, they will ensure that Citizenship Amendment Act (CAA) is not implemented.

During his interaction with students in Dibrugarh, Assam, Gandhi said, “Congress, if voted to power, will ensure Citizenship Amendment Act is not implemented in Assam.”

Attacking the Rashtriya Swayamsevak Sangh (RSS), Gandhi said, “You think democracy is declining. Youth is unemployed, farmers are protesting, CAA is there. We can’t ask the people of Assam to forget their culture, language if they come to Delhi. One force, born in Nagpur, trying to control the whole country.”

The Congress leader further made five guarantees to the people of Assam and said, “BJP promised Rs 351, but gave Rs 167 to Assam tea workers. I’m not Narendra Modi, I don’t lie. Today, we give you 5 guarantees; Rs 365 for tea workers, we’ll stand against CAA, 5 lakh jobs, 200 units free electricity and Rs 2000 for housewives.”

Assam will go to polls in three phases for 126 Assembly seats from March 27. The counting of votes will take place on May 2.