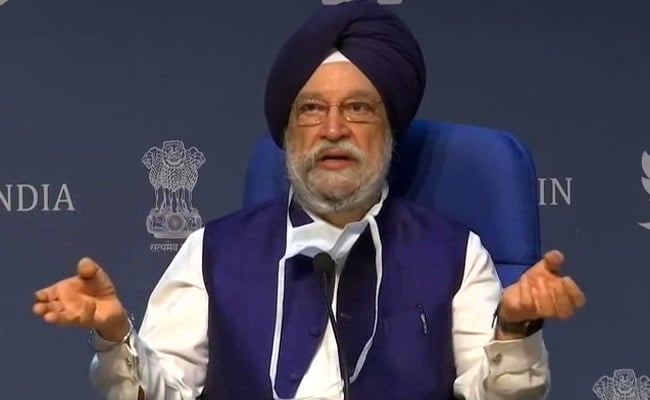 The government should not be running airports and airlines, Civil Aviation Minister Hardeep Singh Puri said on Sunday, adding that he hopes to privatise Air India during 2020.

His remarks come at a time when the Kerala government has opposed the Union Cabinet’s approval on August 19 to lease out the Thiruvananthapuram airport to Adani Enterprises under the public-private partnership (PPP) model for a period of 50 years.

The Centre-run Airports Authority of India (AAI) owns and manages more than 100 airports, including the one in Kerala’s capital city.

On Air India’s privatisation, Mr Puri said, “As a going concern, one that is attractive to potential bidders, we should privatise it (Air India). And I am hopeful that we will be able to complete that privatisation process during this year.”

Last Tuesday, the Central government extended by two months the deadline for placing bids for Air India till October 30 as the COVID-19 fallout has disrupted economic activity globally.

The process of stake sale in the national carrier was initiated on January 27. This is the fourth extension given by the government for putting in bids.

When the government issues a tender, the lowest bidder deemed as L1 is the winner.

Mr Puri said he expects that the domestic air traffic would reach pre-COVID levels by the end of this year.

Domestic flights resumed on May 25 after a gap of two months due to the coronavirus-triggered lockdown. Currently, airlines are allowed to operate maximum 45 per cent of their pre-COVID domestic flights.

The central government privatised six major airports — Lucknow, Ahmedabad, Jaipur, Mangaluru, Thiruvananthapuram, and Guwahati — in February 2019. After a competitive bidding process, Adani Enterprises won the rights to run all of them.

In July 2019, the Union Cabinet had approved the proposal for leasing out three airports — Ahmedabad, Mangaluru and Lucknow – to Adani Enterprises.

On August 19 this year, the Union Cabinet approved the proposal for leasing out the other three airports to the Ahmedabad-based company.

Earlier this month, Kerala Chief Minister Pinarayi Vijayan wrote a letter to Prime Minister Narendra Modi opposing the August 19 Cabinet decision to lease out the Thiruvananthapuram airport to the company.