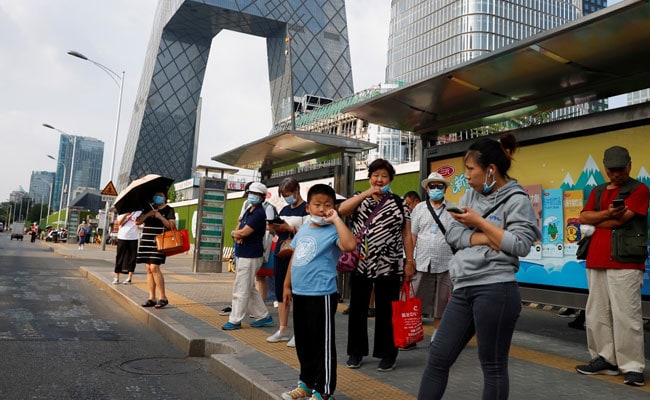 Despite the relaxed guidelines, a large proportion of people continued to wear masks in Beijing.

Health authorities in China’s capital Beijing have removed a requirement for people to wear masks outdoors, further relaxing rules aimed at preventing the spread the novel coronavirus after the city reported 13 consecutive days without new cases.

Despite the relaxed guidelines, a large proportion of people continued to wear masks in Beijing on Friday.

Some said the mask made them feel safe, while others said social pressures to wear the masks were also a factor.

“I think I can take off my mask anytime, but I’ll need to see if others accept it. Because I’m afraid that people would be scared if they see me not wearing mask,” one 24-year old Beijing woman surnamed Cao told Reuters.

It’s the second time Beijing’s health authorities have relaxed guidelines on mask wearing in the capital, which has largely returned to normal after two rounds of lockdowns brought it to a standstill.

Beijing’s municipal Centers for Disease Control first said residents could go without masks in outdoor areas in late April, though the rules were swiftly reversed in June after a new outbreak in a large wholesale market in the city’s south.

China has reported no new locally transmitted cases on the mainland for five days after successfully controlling flare ups in the capital, Xinjiang and elsewhere.

Experts say the key to the country’s success in controlling the disease has been the strict enforcement of local rules, including wearing masks, mandatory home quarantine and participating in mass testing.

Authorities reported 22 imported cases in the mainland on for Aug. 20, and has closed its borders to most non-Chinese citizens. The country has reported a total of 84,917 cases since the outbreak began.