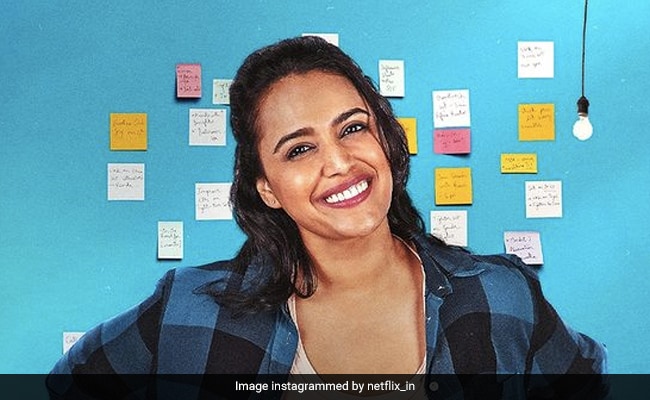 When an average middle-class girl resolves to make a career as a stand-up comic in a rapidly expanding humour industry, it doesn’t make news anymore. Many women have traversed that path in recent years with enviable success and their stories have been well documented. But Ravi Patel and Neel Shah, creators of the new Netflix original series Bhaag Beanie Bhaag, reckon there is some potential left in the theme. As it turns out, it is at best residual.

That is not to say that Bhaag Beanie Bhaag has no merit at all. Swara Bhasker, who drives the show, gets the pitch of her performance just right, embodying a relatable woman who sways precariously, and without a safety net, between the dictates of her confused mind and the demands of her less-than-sturdy heart. It would have made for an entertaining underdog story if only it hadn’t been so worn-out.

There is something that is particularly endearing about the twenty-something protagonist. She isn’t your conventionally cocky, presumptuous power-puff girl who thinks no obstacle in her path is daunting enough. Beanie Bhatnagar is part assertive, part indecisive, and the actress imparts a universal ring to the portrayal.

Beanie is perpetually assailed by doubt even after she dives head first into the unknown. On stage, she is often a bundle of nerves. For her, holding her own under the spotlight takes some doing. Not only does the girl have to resort to a lie or two to wrangle an open mic slot at a comedy club, she needs a friend to be by her side all the time to egg her on.

When Beanie has burnt her bridges and is left to her own devices, she is as confused as any girl-next-door trying to find her way around in a society that has a plan chalked out for her whether she likes it or not. Her rebellious streak does not come from unshakeable self-belief but from a spirit of exploration fraught with the fear of failure, which is why she feels real.

Some of the scenes that Bhasker has with Indian-American actor Ravi Patel, who besides being one of creators of the show plays an older character Ravi, who is just as muddled as her, are funny. The two stand-up comics – Patel happens to be one in real life – who suspect life is going to pass them by if they do not something about it – do not start off on a strong footing with each other. As things begin to ease between them, new possibilities surface. But that is by no means the end of Beanie’s troubles.

Bhaag Beanie Bhaag revolves around an ordinary Mumbai girl who breaks her engagement at the eleventh hour in order to give her talent for comedy a chance. She gives no thought to what will become of the man she leaves in the lurch, the well-off Arun Kalra (Varun Thakur). Neither do we because he looks like a terribly boring bloke, perfectly dispensable. But, in Beanie’s eyes – and life – can fellow comedian Ravi replace the moneyed Arun? 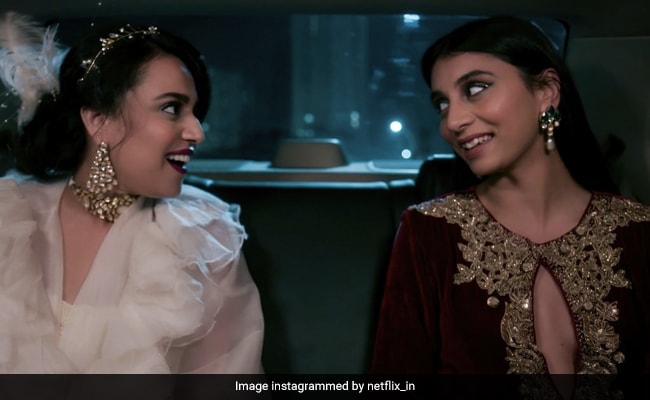 Yes, Bhaag Beanie Bhaag is a romantic comedy which pans out in a way that mirrors the scrambled thinking of the eponymous character. The series does a great deal of beating about the bush. As a dramatic device, that is not such a bad deal per se, but as something designed to hold up the narrative arc it is frequently disorienting.

Beanie and Arun have been together for three years, long enough for the twosome to be ready for their roka ceremony. But on the night of the life-altering event, Beanie develops cold feet and runs away, upsetting her parents no end and sending her own life hurtling down a chute of uncertainty. To make matters worse, in an ill-advised display of pique against an insensitive boss (Santanu Ghatak), she chucks up her job.

That is what you call a triple bummer: no boyfriend, no job, no home. A video of a confessional “sex and lies” set that she performs after learning that the man she is with on the rebound hasn’t been honest with her gives her parents the moral heebie-jeebies and her mom slams the door on her. She shacks up with the only friend she now has, Kapi Kapadia (Dolly Singh). 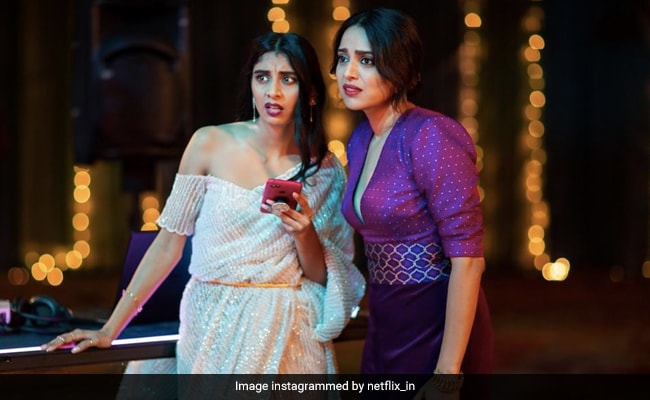 The rest of the six-episode series concerns itself with the scars that Beanie must sustain as her learning curve turns steeper, the distance between her and everybody she holds dear grows wider, and the choices she has to make become more and more difficult.

The writing of Bhaag Beanie Bhaag – the show is written and directed by multiple people – isn’t consistent, but the members of the supporting cast, especially Mona Ambegaonkar and Girish Kulkarni as Beanie’s flustered parents, Shruti and Vasant Bhatnagar, are impressive.

All that Shruti and Vasant wish for their daughter is an early marriage to a boy from a respectable, well-to-do family – they stop short of inserting matrimonial ads in newspapers – and a lot of babies. They love Beanie too much to even notice that she might have her own ideas about what she wants to do with her life.

It is another matter that not much imagination has gone into etching out the character of Vasant Bhatnagar. He is etched out with jarringly broad strokes. The man articulates his mounting impatience with his daughter, especially when the couple is counselled by a shrink, without cloaking it in niceties. It is all meant to be a source of humour. But Girish Kulkarni is a fine actor and is up to the task of papering over the unsubtle ways that character is saddled with.

Bhaag Beanie Bhaag is Swara’s show all the way. She does justice to the it. The series, too thin at its core, does not complement her game effort. All the huffing and puffing the show has to do in order to keep up runs it ragged.