Captivated by the Dilliwallas’ warm welcome and high energy, the beautiful rendition of the Hindu epic Ramayana, staged in the run-up to Dussehra, and live crowd interaction, this is what the actors had to say about their recent visit. 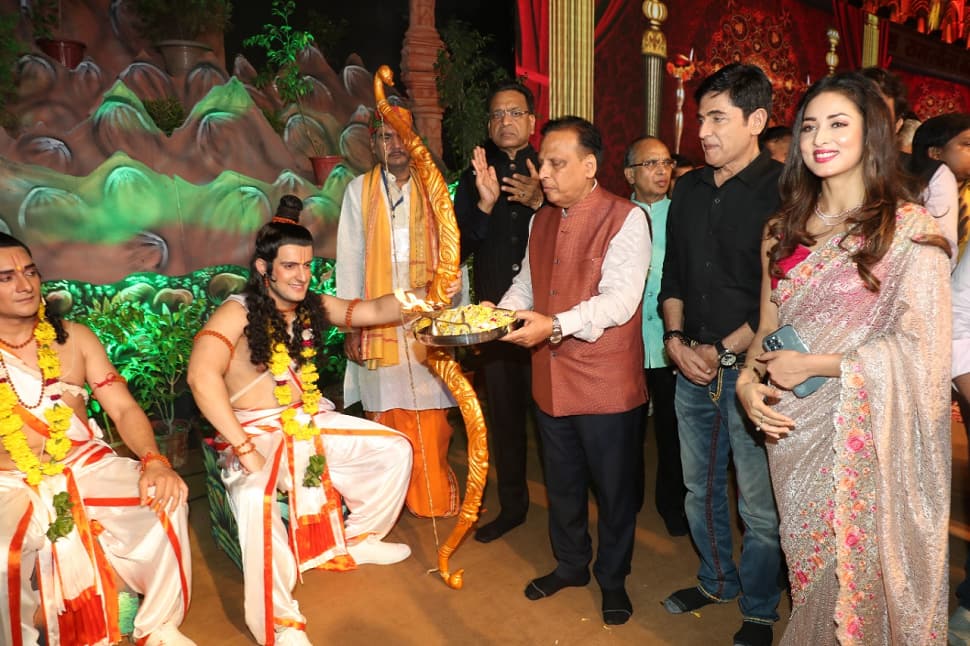 Sharing his excitement, Aasif Sheik, aka Vibhuti Narayan Mishra, said, “The crowd was simply amazing at Red Fort’s Ramlila! There was so much affection and high energy, with them calling out to us and cheering for us. It was one of the most memorable moments. The Luv-Kush Ramila is one of the most sought-after celebrations visited by millions across the county. This year’s celebrations were a notch higher and mesmerising. It was also extra special for everyone as their favourite Ramlila returned after a two-year gap. And the entire experience, without a doubt, was one of the finest. As a kid, I often visited here with my family to watch Ramlila. I had never imagined, one day, being on this stage and interacting with the crowd about my show and character. It is my second visit as an actor. In 2019, I attended it with my co-actor, Rohitashv (Tiwari Ji), and we had fantastic crowd interactions way back then too! We are thankful to the entire organising committee for giving us this wonderful opportunity to participate in this grand celebration and witness the magnificent performance. ‘Dilli walon ne ek baar phir mera dil jeet liya!’. Vidisha and I also visited a few places in Delhi and feasted on the city’s delectable cuisine. I am leaving with beautiful memories of artistic sight, a touching gesture, and satisfied taste buds.”

Talking about her first visit to Ramlila celebrations at Red Fort, Vidisha Srivastava, aka Anita Bhabi, said, “It was one of the most spectacular events and a wonderful experience. It was always on my wish list to attend Luv-Kush Ramlila as I had heard a lot about it. The audience was amazing and showered us with so much warmth and affection. Ram-Leela is one of the grandest events, and the thrill of witnessing such a marvellous act was so beautiful and memorable. And the best part was the on-stage fun banter with Aasif Ji and the live crowd interaction. Their energy and josh were electrifying, with the crowd calling out to me as Anita Bhabhi. It is a moment I will always remember and cherish. Delhi has always been one of my favourite cities, and I love shopping and food here. But this time, celebrating and witnessing the exuberant festivities made it even more memorable, and I would like to keep coming back here for more.”