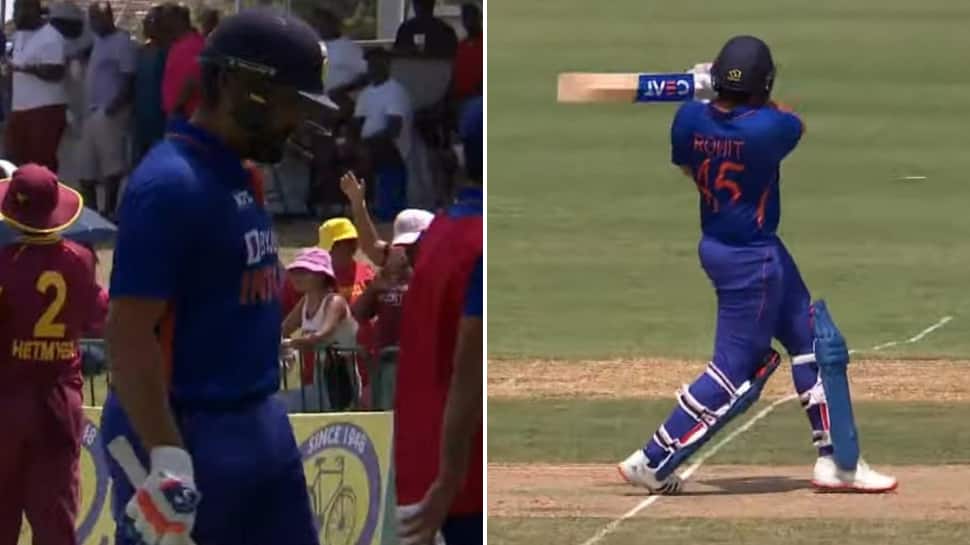 Team India skipper Rohit Sharma was seen struggling in the 3rd T20I against the West Indies as the Men in Blue physio came out to attend him during the match. After a long and hard discussion with the medical staff, Rohit walked off the ground which was shocking for everyone. It was humid at the Warner Park as India were chasing a target of 165 runs. The temperature was 35 degree celsius with 70 percent humidity and it looked like Rohit was caught under the heat. (WATCH: Virat Kohli gets ‘ANGRY’ on Anuskha Sharma at Mumbai airport for THIS)


There was speculation rising between the commentators that Rohit could have got dehydrated due to the heat and possibly pulled a muscle while playing a shot earlier. Notably, Rohit was batting 11 off 5 balls with a six, four and single before he got retired hurt. Later on, Shreyas Iyer walked to join Rohit’s opening partner Suryakumar Yadav in India’s chase of 165 in 3rd T20I against the Windies.


He was disappointing in the 2nd T20I as he got out on duck from a Obed McCoy delivery in the same ground.

He faced some discomfort in the back after playing the pull shot.

Might just be a precautionary measure with Asia Cup & World Cup to be played after a few weeks. #WIvIND #RohitSharma pic.twitter.com/ZFl1FOUNrn

Invited to bat, West Indies posted 164 for 5 against India in their third T20 International on Tuesday (August 2). Opener Kyle Mayers top-scored for the West Indies with a 50-ball 73 while Rovman Powell contributed 23. For India, Bhuvneshwar Kumar took two wickets for 35 runs while Hardik Pandya and Arshdeep Singh got one each.