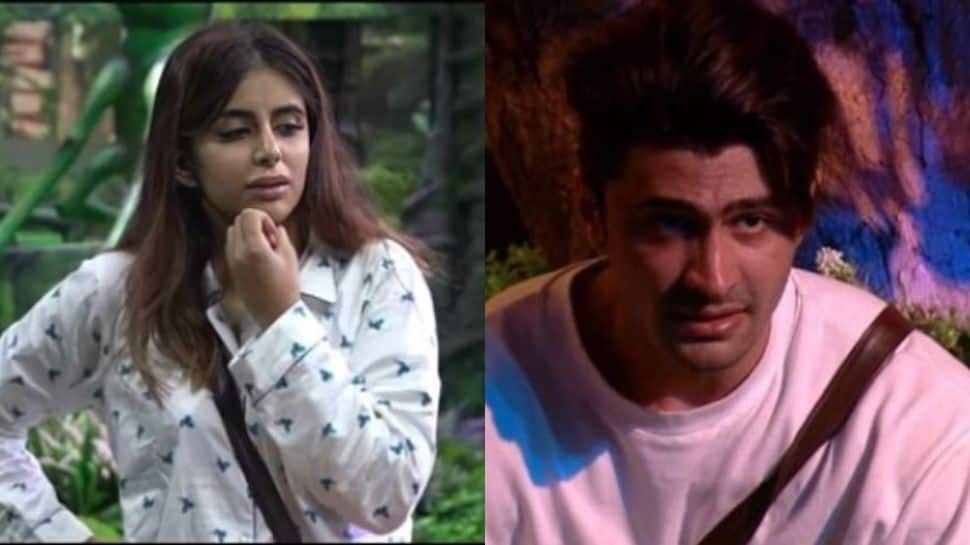 New Delhi: In the Weekend Ka Vaar episode of Bigg Boss 15, Neha Bhasin and Raqesh Bapat made a wild card entry into the show, surprising all the contestants, especially Shamita Shetty and Pratik Sehajpal.

At the beginning of the episode, we saw that Pratik and Neha start off on the wrong note. Neha revealed that she received a lot of hate for her friendship with Pratik on Bigg Boss OTT.

The singer also expressed she faced mean comments from Pratik’s family outside the show. This, she said, was quite difficult for her and she did not want to go through that experience again.

Neha tried to have a conversation with Pratik but the two got into an argument again.

Later, audiences saw Karan Kundrra and Tejasswi Prakash having an intimate conversation on the bed. Tejassswi was heard telling Karan that she thought that he is afraid of falling in love. She also said that she thinks that Karan cares about his family a lot.

Since it was Weekend Ka Vaar, host Salman Khan had a talk with the contestants about their behaviour in the house. He welcomed Neha Bhasin and Raqesh Bapat on the show. Khan also teased Shamita and Raqesh since the duo had a close relationship during Bigg Boss OTT.

The contestants were then asked pressing questions by viewers. Nishant Bhat was asked by a fan why he supports Pratik Sehajpal even when he is wrong. However, the choreographer said that he only supported Pratik when he genuinely thought he was correct.

A fan also questioned Vishal Kotian on his ‘disrespectful’ with Devoleena Bhattacharya and Hina Khan.

The show’s alpha contestant Karan Kundrra was also questioned on why his ‘game’ has gone off-course in the past week.

Salman agreed with the fan and said that earlier, Karan had a finalist quality in him which has faded away.

Bhagyashree’s son Abhimanyu Dassani and Sanya Malhotra also came on stage to promote their latest film ‘Meenakshi Sundareshwar’ which is streaming on Netflix.

They went into the Bigg Boss 15 house and interacted with the contestants as well and played an explosive game with them. This led to shocking revelations to prop up between housemates.

At the end of the fun-filled episode, Salman Khan announced the name of the contestant getting evicted this Saturday. Unfortunately for Ieshaan Sehgaal, Miesha Iyer got eliminated from the show and headed home this week.

This was an emotional moment for Ieshaan and he broke down, seeing her leave.

Host Salman announced that there will be another elimination in the Sunday Ka Vaar episode, can you guess who it will be?