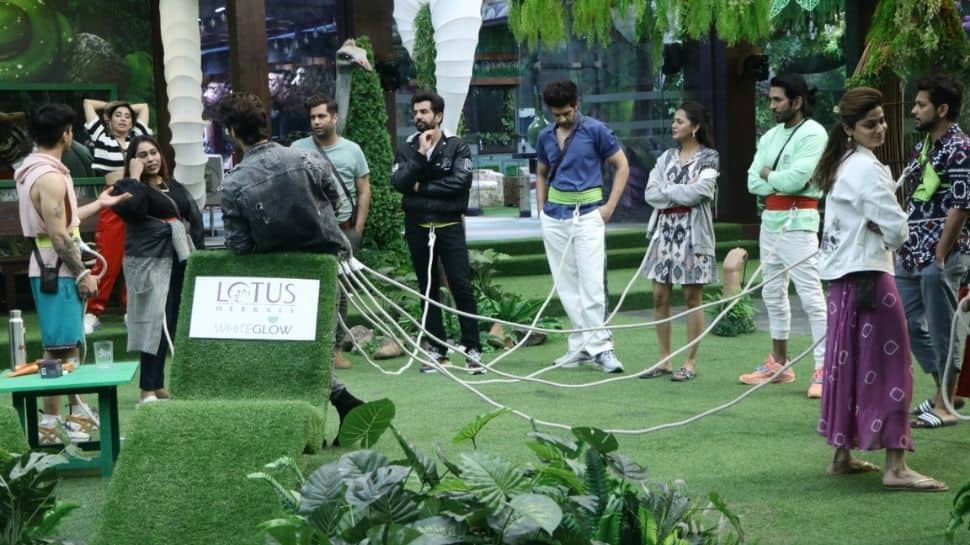 The Bigg Boss 15 is getting tougher and tougher for every contestant to survive inside the house. The double elimination shocker was an eye-opener for all the housemates to up their game and show their real side while not playing safe.

Even the host of the season, Salman Khan indicated the contestants to not play safe as the game is going to get tougher now. While the fans thought double elimination was the only thing, Bigg Boss proved them wrong as they announced the contestants will have to fight to secure their place in finale by becoming a member of the VIP room.

To be the part of the same, there will be tasks in the house that will eventually take them to their destination. And interestingly, it looks like Umar Riaz is the first contestant to become a VIP contestant as he is the captain of the house for the week.

Reports have been doing the rounds that he is now officially the first contestant to become a VIP and well, his fans are on cloud nine. Along with Umar, the other contestants to become a part of the VIP clan are Tejasswi Prakash, Karan Kundrra and Nishant Bhat.

After eliminating Afsana, Jay, Pratik, Vishal, Shamita and Rajiv, all the four VIP contestants enter the safe zone. In that special room, they got special privileges and also got permissions to discuss the nominations.

Karan was seen asking Tejasswi if he is of her type and later the due was seen confessing their feelings for each other.

Afsana was deeply hurt when Umar chose Teja and Nishant over her. While being seated near the kitchen area, Afsana tells Shamita, Jay, Karan, Umar that she was everyone’s clear target and they wanted to remove her.

Afsana says that this show is not at all about maintaining relationships, and starts screaming, hitting herself. Later, Karan and Umar started convincing her over their decision and also started crying infront of them.

Meanwhile, Raqesh Bapat has left the show on the medical basis. Bigg Boss calls him in the confession room and gives his decision.

Later, Raqesh was called in the confession room by Bigg Boss and has been asked to visit the doctor as their team has recommended a quick treatment for him. He’ll be kept with the crew members of the show and is not allowed to interact anyone from the outside world. Whenever he feels better, he can come back to the show.

Whether he’ll make a comeback on the show or not? Well, only time will tell. For more updates keep watching this space for all the Bigg Boss 15 updates.