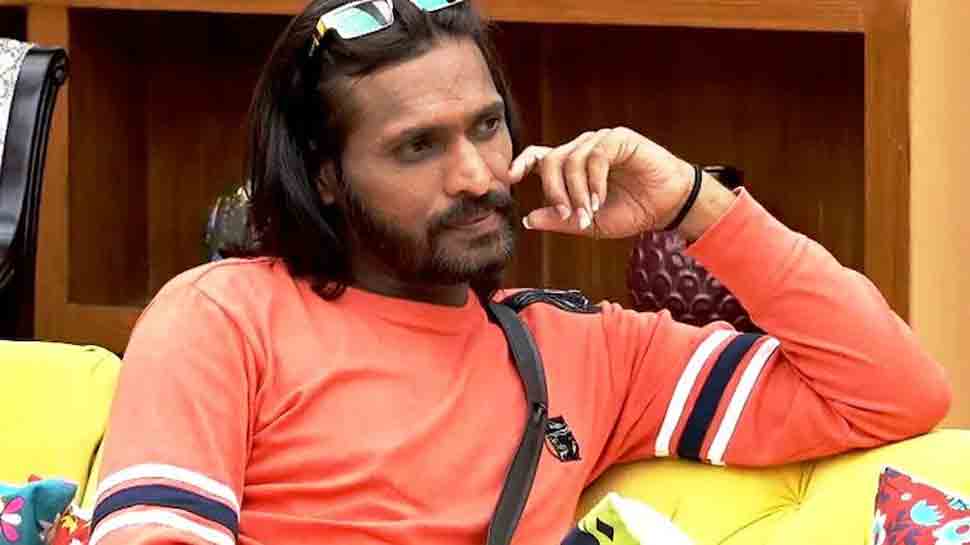 The episode begins and Abhijit Bichukale is still inside the box whereas Nishant Bhat and Shamita Shetty tries distracting him. Abhijit believes that Bigg Boss will ask him to come outside the box after 28 minutes. Meanwhile, Rakhi and Devoleena get into an argument and call each other names. “Hazaar chudail mari hongi tab jaake tum paida hui hong,” Rakhi tells Devoleena and adds, “thoo he teri zindagi pe.” Devoleena, on the other hand calls her ‘ghatiya’.

Umar Riaz confronts Rashami Desai for keeping a count on the minutes while Bichukale was inside. Rashami asks Umar to trust them. Rashami says she is keeping a tab so that she knows the count of the contestants.

Rakhi asks Abhijit to come out. Devoleena too asks him to come out and Bichukale says “Love you biwi.” Devo call him irritating.

Tejasswi confronts Devoleena over her fight with Rakhi and latter says ‘she is least bothered’.

Rashami is the next person to go inside the box. Umar offers her him jacket to wear inside the box and Teja offers to keep a count for her. Meanwhile, Pratik asks Devo for reacting to Bichukale’s statements. They get into a fight.

Rashami begins the task. Nishant, Pratik, Devoleena and Bichukale distract her and throws things inside. Rashami comes out after completing 28 minutes.

Devoleena asks Abhijit what they want to do for the task. She confronts him as they had been fighting yesterday and now they are talking again. Devo turns emotional as Abhijit continues to be his friend. Teja comes and consoles a broken Devo. She says she feels hurt that people are judging her for helping Abhijit.

Umar goes next inside the box. Housemates try to distract him. Nishant brings a garbage bag. Pratik stops contestants from blocking the box as it may get suffocate Umar. He and Devo get into an argument. Shamita and Nishant yet again distract Rashami. Nishant stacks all the bags in front of the washroom door to stop her from going to Umar after the count finishes.

Rashami comes out and Shamita and Nishant distract her by tickling her. Umar gets out of the box. Umar thanks Pratik for standing up for him.

Tejasswi takes a scarf to protect herself. Pratik pours water. He accidentally pours water on Devo. Rakhi slams Pratik for trying to ruin the task. Meanwhile, Abhijit calls Devo his hairdresser. Devoleena says she is his best friend. Pratik taunts her. Nishant and Shamita ask Pratik to stop poking the contestants from playing the task. Pratik says rules are the same for everyone. Devo slams him. Teja comes out.

The task ends and Tejasswi, Rashami and Karan are declared safe. Devo, Pratik, Shamita and Nishant will now be in the eliminations. The winners are asked to nominate one of the contestants in their place. Teja nominates Shamita, Rashami nominates Devoleena, Karan nominates Pratik. Abhijit, Umar, Shamita and Devoleena are in the nominations for eliminations.

Devo and Abhijit continue their conversation. She asks Abhijit whether he doesn’t feel bad. Elsewhere, Pratik decides to maintain his distance from Devoleena saying he is feeling ‘ajeeb’.

The next morning, Bigg boss announces a task for the girls. The girls participate in a bran related task. Nishant, Umar ad Karan announce Rakhi as the winner.  Abhijit asks Devo for a kiss but she denies with a song.

Abhijit and Devoleena are in the bedroom. Abhijit pours his heart out. Rakhi asks Rashami about her personal life and why did she get divorced. Rakhi says she is dedh shaani. She asked everything about her life but didn’t divulge about deets of her life. Later, Umar and Rashami discuss it and she says she is not comfortable talking about her past life.

Rashami expresses that she is scared because of Umar. The latter says that he will see what happens outside the house.