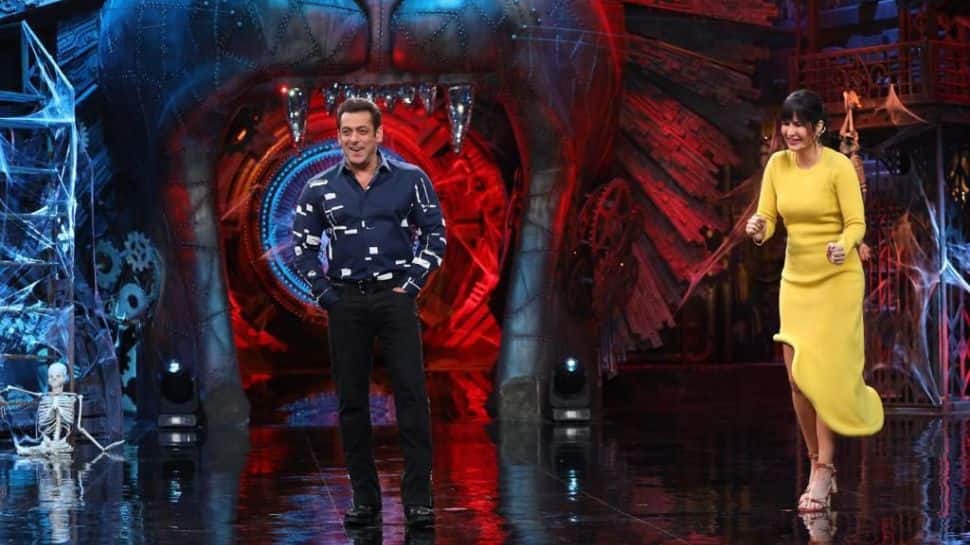 New Delhi: It’s ‘Shukravaar ka Vaar’ on Bigg Boss and one of the most loved superstars in the country and the host of the show, Salman Khan, is back to take control of his hosting duties from Karan Johar. The episode starts with Salman showing a video to the viewers as to what is happening inside the house. Tina and Shalin discuss their fight yesterday, where Tina, still upset with him, tells him to be straight with her and that if they are friends, he should stand with her at every point.

Tina also tells Shalin that she knows and feels that she is not going to get evicted from the house today. Meanwhile, in the kitchen area, Archana is upset about her croissants and gets into an argument with Sajid. Eventually, Shiv offers her the croissant, which she accepts. Salman first of all reprimands Gori for her behaviour last week, which was completely unacceptable. Gori apologizes again for that.


Salman reprimands Sumbul for not following her father’s advice and for not being present in the episodes. Bigg Boss had earlier asked the contestants to name the people among them who needed the guardianship in the house the most. Two names which come up are Sumbul and Ankit.


Salman goes on to praise Abdu for his game and tells other members to learn something from him. He also advises Abdu to be himself as that is the quality the country likes him for. Salman reprimands Sumbul for not following her father’s advice and for not being present in the episodes. Salman questions Priyanka about Ankit`s qualities, he asks others which of them believe Ankit could win the show and no-one raises their hands. Salman questions Ankit’s attitude and tells him to wake up because if he believes he can go far in the game by being quiet and under the radar, that won’t work.


Salman raises the question about the captaincy task and asks Gautam why he felt angry at Nimrit for foregoing the ration. He starts to give a long answer which is cut short by Salman, who tells him that the only reason he got angry at Nimrit was because he supported Shiv for the captaincy. Salman breaks the bubble for Gauta and tells him that there does exist a true friendship between Shiv and Nimrit.

Salman also questions Gautam’s and Soundarya’s relationship and tells him that there is no love between him and Soundarya. Archana, Sajid, and Shalin play the slap game. Shalin and Shiv get into an argument over who is being real and who is faking it.


The episode ends with Katrina joining Salman on stage. The actress has come for the promotion of her upcoming film ‘Phone Bhoot’.