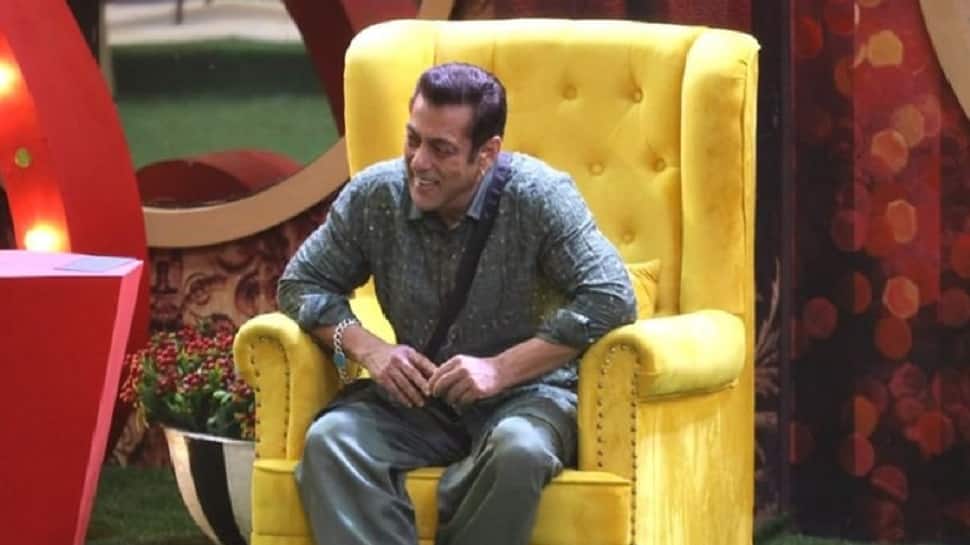 New Delhi: It’s the first Friday, Day 6 in Bigg Boss 16 and the Grand entry was made by the host of the show, Salman Khan for the ‘Shukravaar ka Vaar.’ This time, he will not operate from the stage but will enter the house and take the class of the contestants. ‘Atithi DEVIL bhava…,’ says Salman to the contestants about himself!


All the contestants started the episode by singing the BB anthem in front of Bhaijaan. Also, as we all saw in the promo, Salman gifted dumbells, that he requested as a gift. Shalin, being the sweet person that he is, helped Abdu as the box was very heavy.


Salman teased Abdu for spending time in the pool, the Tajistani singer blushed as Bhaijaan said that he is trying to woo the women with his body. Adding to the laughs, Shiv says that Abdu flirts with all the women in the house by cutely complimenting them.


Coming to Nimrat, Salman said that he is lucky for her as she got the first captaincy, also congratulates her for staying put in the position. Also, Salman takes a dig at the equation between Nimrat and Priyanka. Priyanka was addressed by Sallu Bhai as ‘Jagat Mata’ and the actress even clarified her point, well, Bhaijaan didn’t looked bothered with that anyway.


Salman then moved up to each and every contestant including MC Stan, Archana, Gauri and others. The actor appreciated Stan for his patience and teased Archana for her giggles and ‘pangas’ in the house. Gauri was given a task ‘Aao bhen chugli karein’ where she had to do chugli with Salman.


There was a dance competition between Gauri and Sumbul organised in the house where the two celebs showed their talents. Gauri won with the maximum votes of the contestants but Sumbul received all the love.

Salman Khan then brings up the surprise element of the day, ‘The Party!’ Only 10 people were invited to the party including Absu, Sajid, Tina, Shiv, Sumbul, Shalin, Sondarya, Nimrat, and MC Stan. Others were left out which was not taken very well by Sreejita. She got vulnerable and ended up having a heated argument with Manya. Many unwanted arguments were introduced in their conversation and also, and a lot of abuses were used. Well, a little catfight hurts no one!


During the dinner party with Bhaijaan, many topics were brought up where Shalin, Tina and Gautam were accused of being fake by MC Stan and Shiv was targeted by Shalin. Also, Nimrat complained about Priyanka and Ankit. Also, Salman asked Gautam to be real and not copy anyone, TV actor gets shocked.


To lighten up the mood, Salman teased Abdu for towels, chicken and other things, his cuteness brought a smile to everyone’s face. Abdu then cuts the cake and wraps Salman’s party!

After the party, few gharwalas sit together and try to decide the actual relationship between Priyanka and Ankit, the discussion was lead by Sajid of course. The episode ended on a heated note when friends Shalin and Tina got into an argument when the actress said she is having trust issues with Shalin and Gautam.


Tomorrow, at 9:30 Salman will again enter the house at the ‘Weekend Ka Vaar’ episode. Also, Rashmika Mandanna will join the contestants for some fun. Tomorrow one contestant will be eliminated from the house, so keep watching this space for more updates.