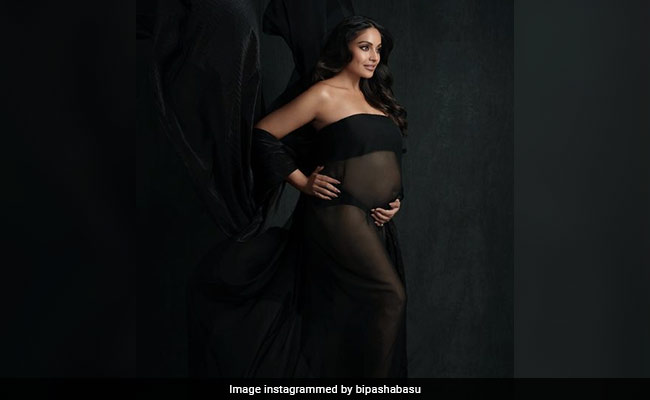 Bipasha Basu, expecting her first child with husband Karan Singh Grover, is actively sharing posts from her maternity diaries on Instagram. On Friday, the actress shared a picture of herself from her maternity shoot. The actress looks stunning in a sheer black ensemble as she poses for the camera. She captioned the post: “Magical feelings. Difficult to express in words.” She added the hashtags #mypregnancyjourney, #mamatobe, #loveyourself and #loveyourbody to her post. Bipasha announced her pregnancy last month.

Earlier this week, Bipasha Basu shared this note to self. Posting a quote by Oprah Winfrey, she added in her caption: “Note to self. Be grateful and thankful for the all the abundant genuine love and wholesome real relationships you have earned in your life Always see and observe to know what’s real and what’s not. Stay rooted , Stay true #notetoself #lifelessons #grateful #riseabove.”

Bipasha Basu met Karan Singh Grover during the shooting of the 2015 film Alone. The couple got married on April 2016 as per Bengali traditions. They later hosted a reception for their industry friends, which was attended by several Bollywood stars. The couple co-starred in the web-series Dangerous.