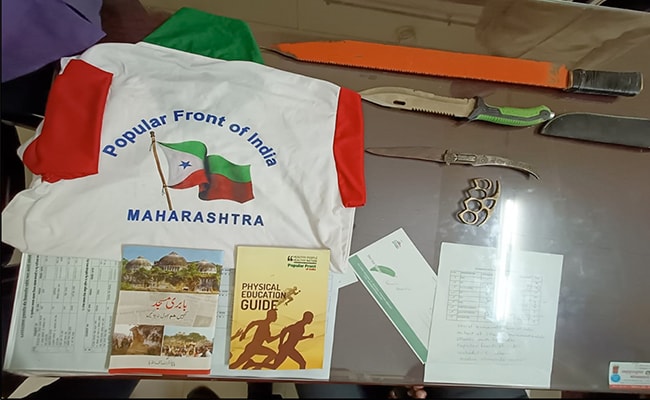 Investigating agencies have claimed that bomb-making manuals were among “incriminating materials” seized from members of the Popular Front of India, which was banned today citing “terror links”. The Islamic organisation, which said it made people aware of their rights, faced raids by the National Investigation Agency (NIA) and Enforcement Directorate (ED) across India over the past two weeks, resulting in over 300 arrests.

This morning, the Union Home Ministry notified a ban on the PFI and all affiliates.

Soon after, the agencies shared details of alleged proofs of terror activities, including instruction booklets on how to make an “IED”, or improvised explosive device, “using easily available materials”. “One such document was recovered from Mohammed Nadeem, PFI leader from Barabanki in Uttar Pradesh,” agency officials claimed.

“Document titled ‘a short course on how to make IEDs using easily available materials’ was recovered from Ahmed Beg Nadwi, PFI leader, Khadra, UP,” they added.

Another note with details of “hundreds of incriminating materials” listed “brochure and CD related to Mission 2047 (document containing material for converting India into an Islamic State) from the possession of vice president of PFI Maharashtra… pen drives containing videos related to ISIS, Gajwa-e-Hind etc. from UP PFI leadership”.

The PFI’s political wing, Social Democratic Party of India, said the ban by the BJP government is “a direct blow on democracy and the rights of people enshrined in Indian Constitution”.

The PFI issued a statement yesterday calling the raids and arrests by central government agencies “a drama” and “witch hunt” that were “intended to generate terror”. It called the NIA, which probes anti-terror cases, and ED, which tracks illicit money, “two servile tools in the hands of the Hindutva regime at the Centre”. 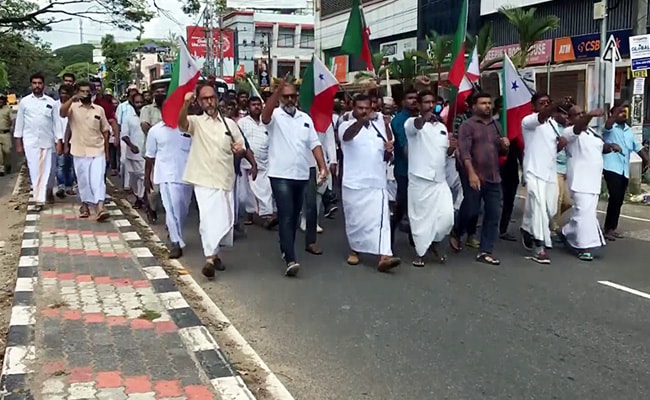 “The organisation in its history of three decades has been endeavouring to prevent the youths from getting radicalised… and to bring them to the mainstream by instilling patriotism, strong allegiance to the Constitution of the country and respect the democratic values,” it said. “Popular Front has never thought of or endeavoured to establish Islamic rule in the country.”

It attacked the RSS, mentor body of the ruling BJP, saying that it “trying to engender unrest and thought of revenge amongst the Muslim youths, and to instigate them to hold weapons and retaliate violently, so that eliminating them for these crimes would be easy”.