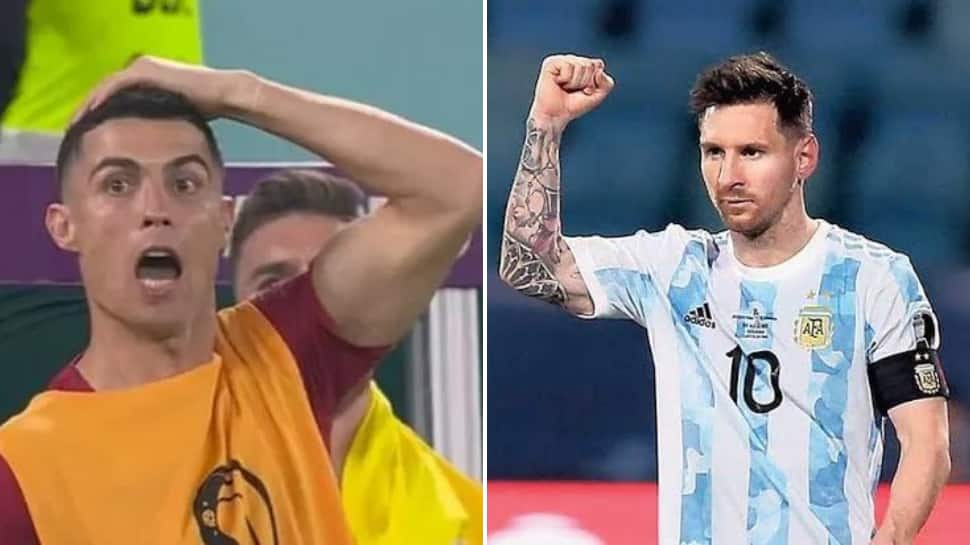 Cristiano Ronaldo was trolled with the word ‘Penaldo’ on social media after Portugal struggled to win their fixture against South Korea in the FIFA World Cup 2022 on Friday (December 2). Fans suggested that the 37-year-old is no longer the lethal forward he used to be and Portgual are carrying him in the Qatar World Cup with Bruno Fernandes getting the appreciation for his performances. Along with other fans, Ronaldo’s long-time rival Lionel Messi fans also joined the troll party suggesting that the all-time leading goalscorer of football (Cristiano Ronaldo) is scoring goals from penalties unlike the seven-time Ballon d’Or holder.

Bruno carrying penaldo in the world cup, while Messi has to do it by himself pic.twitter.com/oObnPsjW46

When Del Piero said Ronaldo is only ahead in height & age of Messi, he was absolutely spot on! pic.twitter.com/h6vNbykcqt
— Honest Cádiz fan  (@ShameOnPenaldo) December 3, 2022

What next for Ronaldo and Portugal?

Portugal will now face Switzerland in their Round of 16 fixture of the FIFA World Cup 2022. Following the loss to South Korea in their group stage FIFA World Cup match, Portugal head coach Fernando Santos said the side needed to be more forceful against their opponent and though he trusts his team and does not think they will be unmotivated, the loss still serves as a warning.


Hwang Hee-Chan’s goal in stoppage time helped South Korea stun Portugal 2-1 in their last Group H match of the FIFA World Cup 2022 being played here at the Education City Stadium. With this win, the Koreans made it to the pre-quarters.

“We needed to be more forceful when playing Korea. We tried to explore several strategies to counter the Korean squad, we were focusing on the different wingers and full-back. We created several opportunities on goal, we could have scored more,” Sky Sports quoted the coach as saying after the match.


“We needed to correct our mistakes in the first 20 minutes, have more quick passes and were having some difficulties and needed to better our game to finish. After that, we lost our organisation. Korea were controlling the game, we lost focus and our players were motivated but we conceded a goal when they were counter-attacking.” (With ANI inputs)