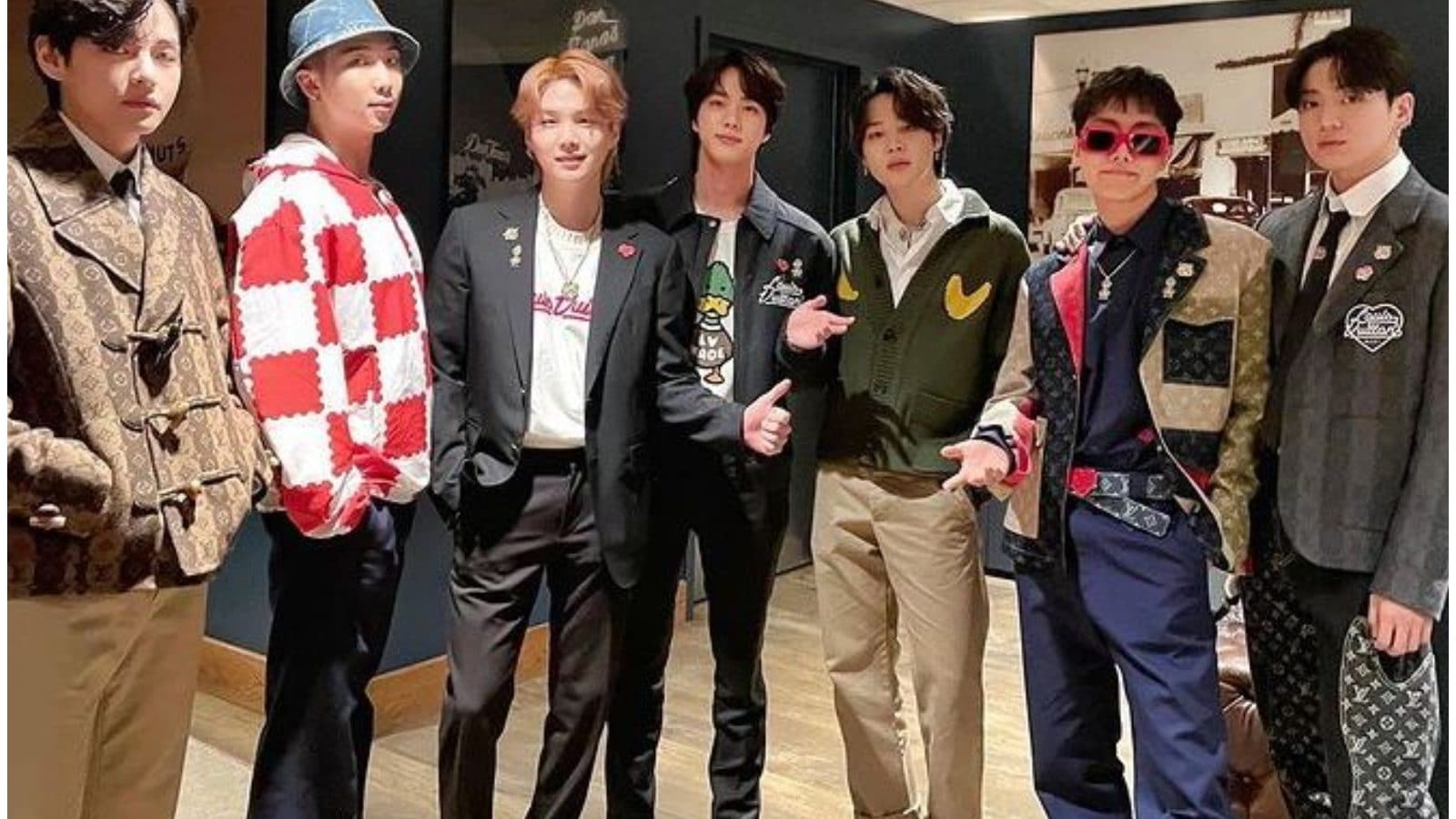 This weekend, BTS concluded their Permission To Dance on Stage cencerts in Los Angeles, and have just returned to South Korea. Working relentlessly through the pandemic since 2020, the septet – Jin, Suga, RM, J-Hope, V, Jimin, and Jungkook – will now be taking time off from work. BIGHIT Music announced the news on Twitter, mentioning that the Grammy-nominated band is planning to take its second official extended period of rest since their first in 2019, after they completed the Permission To Dance On Stage – LA and the 2021 Jingle Ball Tour.

The statement issued by BIGHIT on Monday mentioned that the rest period will be the first time for BTS members to spend the holiday season with their family ever since they made their debut in 2013. The entertainment company requested BTS’ global community of fans to let them enjoy an ordinary and relaxed period of time as they concentrate on themselves for a short period of time. Following their rest period, BTS will be starting a “new chapter” and concentrating on their March concert in South Korea and a new album.

During their visit to the US, the K-pop group won the Artist of the Year award at the American Music Awards and went on to win their second nomination in the Grammys 2022 for their chart-topping single, Butter. The septet also performed along with Coldplay at the award show and held four sold-out live concerts at SoFi stadium.

It should be noted that in his acceptance speech at the AMAs, Jungkook had hinted about the “new chapter.” The youngest member of the group had said, “We just wanted to make people happy with our music. We believe that this award opens the beginning of our new chapter. And in the past few years, we learned that each and every moment is precious so in 2022, we want to focus on…” He was yanked away by Jin in funny moment before he could spill any more beans.

The group will also have to observe a mandatory quarantine period after returning to Seoul. They will not be able to attend the 2021 MAMA scheduled for December 11 in Paju, Gyeonggi Province, due to the latest change in the Korean government’s quarantine rules, implemented to curb the spread of the Omicron variant of Covid-19.