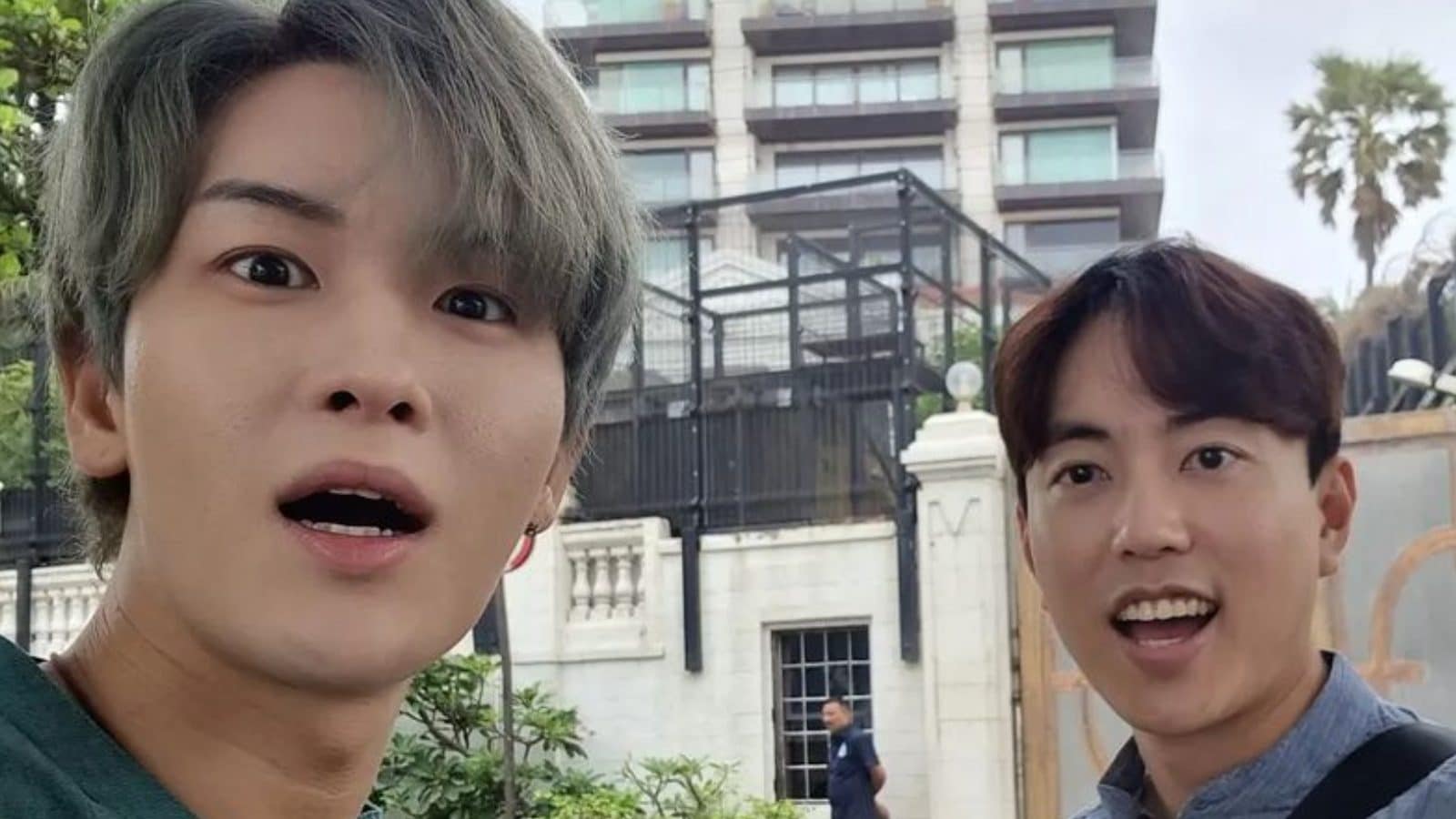 South Korean social media influencers Min and Hoon, better known as Korean Dost on Instagram and YouTube, believe that it is because of BTS that there has been a rise in awareness of Korean culture, K-pop, and K-drama in India. The duo, who is currently in India on their second visit, are best known for their reaction videos. They watch films, songs, and trailers of Indian films and share their reactions to them on their social media platform.

In a recent chat with News18 Showsha, Min and Hoon revealed that they noticed that more people were now aware about South Korea and most of them connected South Korea with BTS. “We did our street interview (on Friday, August 5) and we asked people if they know Korea. We think there was an increase in knowledge about South Korea, mostly about BTS,” they said.

“It’s like a miracle. We’ve heard that in the Indian music industry, it is very hard to penetrate and BTS topped the charts here so this is very legendary. Before BTS, we didn’t think Indians will like Korean culture this much, we never expected it at all but it’s happening,” the duo added. “They knew about the members and the songs,” they said.

Hoon pointed out that the pandemic has also played a vital part in helping people give the space and time to explore shows and music from South Korea. “We heard during the pandemic a lot of people started watching K-drama and listening to K-pop. So many of our subscribers started telling us that more and more people are into Korean culture so we were just hearing it, now we are here, we wanted to see it (personally),” Hoon said.

Min and Hoon have been creating videos about India for over three years now. The duo began humbly with a reaction video to Enni Soni from Prabhas and Shraddha Kapoor’s film Saaho. The duo walked down memory lane and recalled that their journey helped them explore India sitting out of Seoul.

“Before we started, we were just kids. We were from the same university and we came up with the idea of doing the YouTube channel. We started with Enni Soni. We made a lot of mistakes but now we are much better,” Min said. “We liked filming video, we liked taking pictures even before we started our channel. So I think it was the perfect thing to explore more about India and its culture,” Hoon added.

On their previous visit to India, Min and Hoon travelled through New Delhi and even visited Agra, where they paid the Taj Mahal a visit. On their second trip, they have plans of exploring a few places in and outside of Mumbai. On their very first day, the duo travelled to the Colaba area in South Mumbai and tried a number of places.

“We went to Colaba area, Gateway of India, Taj Mahal market, Colaba market, Leopold Cafe, and visited Bade Miyan as well. We are foodies and we love Indian food. We had kababs and Biryani. It was amazing,” the duo excitedly shared. They were also seen visiting Shah Rukh Khan’s house Mannat, in Bandra. Outside of Mumbai, they plan on visiting Nashik.

Time and again, Min and Hoon have expressed their love for Bollywood via their channel. So much so that they’ve also got a shoutout from Yami Gautam. Ask them if, given a chance, would they answer a call from Bollywood and the duo excitedly say yes.

“If they have us, it will be our honour. Every time we watch a song, trailer or movies from India, we imagine how it would be if we made small appearance in Bollywood projects,” they share with a laugh. They also add that if given a chance, they’d like to work with Aamir Khan and Shraddha Kapoor, even if it is a small part.