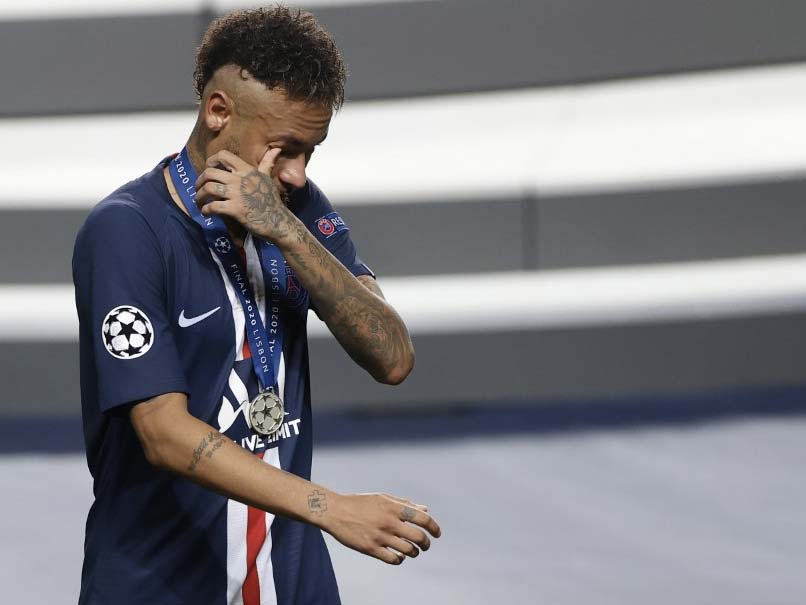 Neymar thanked PSG fans for their support after their loss to Bayern Munich in Lisbon on Sunday.© AFP


Losing is part of the sport, said Paris Saint Germain‘s (PSG) Neymar after the team lost the Champions League final to Bayern Munich. Neymar also congratulated the German side on winning the Champions League title. “Losing is part of the sport, we try everything, we fight until the end. Thank you for the support and affection of each one of you and congratulations to Bayern,” Neymar tweeted in Portuguese. Bayern Munich won their sixth Champions League title after registering a 1-0 win over Paris Saint Germain (PSG) in the final in Lisbon on Sunday.

Kingsley Coman netted the only goal scored in the match in the 59th minute.

Winning the Champions League title means that Bayern Munich have become treble winners for the second time in the club’s 120-year history.

With their 11th consecutive win coming over PSG in the final, Hansi Flick’s team has now also set the record for the longest consecutive winning run in the history of the Champions League.