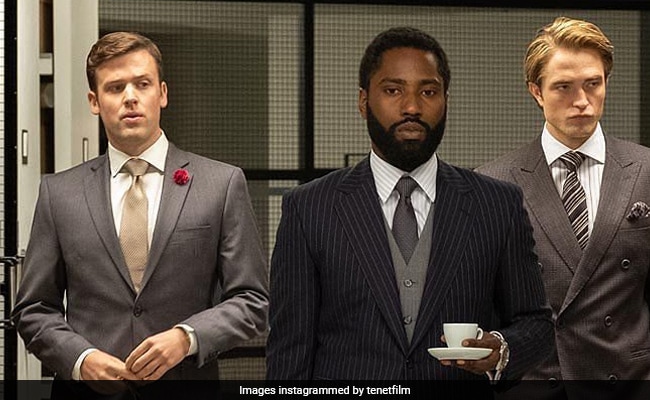 A still from Tenet. (courtesy: Tenetthefilm)

As movie theaters struggle to return to normality during the coronavirus pandemic, the first major Hollywood release in six months, Christopher Nolan’s Tenet, has taken in $20.2 million in five days. In normal times that sort of number for an expected blockbuster would be worrisome for Warner Bros. Pictures, its distributor. With a production budget of $200 million, the film’s early rollout represented a major gamble for the studio.

“Domestically, Tenet debuted at the lower end of expectations-$20M through Monday,” industry watcher Exhibitor Relations said Sunday. But the release comes in the Covid-19 world -with many theaters still closed or operating at reduced capacity. The US release hopes to capitalize on the important Labor Day weekend.

“There is literally no context in which to compare the results of a film opening during a pandemic with any other circumstance,” Warner Bros. said in a statement.

Tenet, a clever blockbuster that slips between espionage and science fiction, went on general release on Wednesday, with hopes of enticing audiences back to the cinema after months of closure. The film has done better overseas, where theaters are further along in the reopening process, Hollywood Reporter said. It has taken in close to $150 million globally.

After several postponements, the film has become the first of its kind to dare a release during the pandemic. In contrast, Disney canned its plan for a big-screen release of Mulan, preferring instead to run it on digital platforms.

The latest James Bond film, No Time to Die, which was due for release in April, was also postponed and will now go into cinemas in November. But Warner Bros. has put confidence — based on past performance – in Nolan’s ability to pull in the crowds. His rebooting of the Batman films in the shape of the Dark Knight trilogy has grossed more than $4 billion.

Tenet released in more than 70 countries, including most of Europe, Canada, Australia and South Korea.

The film appears to be a straightforward spy movie with a secret agent, John David Washington, on the heels of an evil Kenneth Branagh who is threatening humanity. But in true Nolan style there is a twist – notably, that characters can reverse time. Tenet, with a cast also including Robert Pattinson and Elizabeth Debicki, was shot in seven countries.