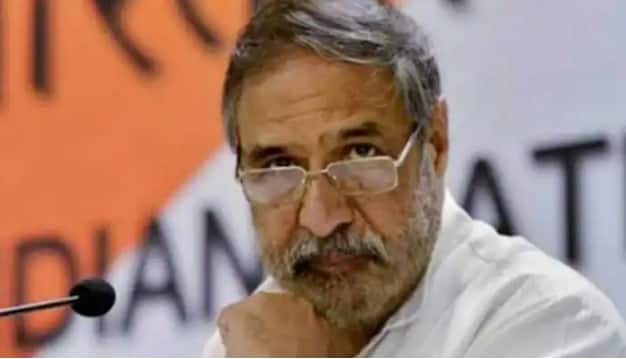 New Delhi: Dissident Congress leader Anand Sharma on Sunday raised questions during the crucial CWC meeting on the preparation of electoral rolls for the AICC president’s election and asked whether due process under the party’s constitution was followed or not, sources claimed. AICC general secretary communications Jairam Ramesh, however, asserted that no questions were raised about the party’s electoral process and schedule. Speaking at the CWC meeting before the party’s Central Election Authority chairman Madhusudan Mistry listed out the schedule for the election of the Congress president, Sharma claimed he has received complaints that neither any virtual nor any physical meeting was held to finalise the electoral rolls, the sources said.


They said that Sharma, who is among the G-23 dissident leaders, also pointed out that no Pradesh Congress Committee has received any list of delegates who will vote for the Congress president’s election and such a process violates the sanctity of the election process.


Addressing a press conference after the CWC meeting, Ramesh said that the election schedule was unanimously approved by CWC members, adding “The election schedule that was put forward by Mistry, all CWC members unanimously approved it without raising any questions or demanding an extension of dates.” “This is to make absolutely clear that nobody raised any question or any doubt,” Ramesh later said on Twitter.


At the press conference, AICC general secretary organisation K C Venugopal said, “Anybody can contest the election. It is an open election.” The sources, however, pointed out that Sharma had asked whether the process was duly followed as per the Congress constitution while finalising the list of delegates who will vote for this election.


He claimed that no PCC has received any list and no meeting, either physical or virtual, has been held. The sources said he also called for making public the electoral lists of delegates voting for the election, to which Mistry said the same will be made available to any candidate desiring to contest as well as the PCCs.


The sources further said Congress president Sonia Gandhi asked Mistry to respond while stating that the lists are available for scrutiny. Mistry said he would provide the list of delegates to all PCCs and urged party leaders to contest this open election. He said there are over 9,000 delegates who will vote for the Congress president’s election and all the lists have been verified and signed by the poll returning officers.


Veteran leader Sharma had a week ago resigned from the chairmanship of the party’s steering committee for Himachal Pradesh, saying he was left with no choice after the “continuing exclusion and insults”.

The Congress Working Committee (CWC) meeting took place amid a fresh upheaval in the party due to the shock resignation of veteran letter Ghulam Nabi Azad on Friday and his stinging letter to the party president in which he lashed out at Rahul Gandhi for “demolishing the party’s entire consultative mechanism”.


Azad and Sharma were part of the group of 23 dissident leaders who had written to Sonia Gandhi in 2020 seeking large-scale reforms, including elections at all levels of the organisation. The online CWC meeting was presided over by Sonia Gandhi, who is abroad for medical checkups. She was accompanied by Rahul Gandhi and Priyanka Gandhi Vadra.