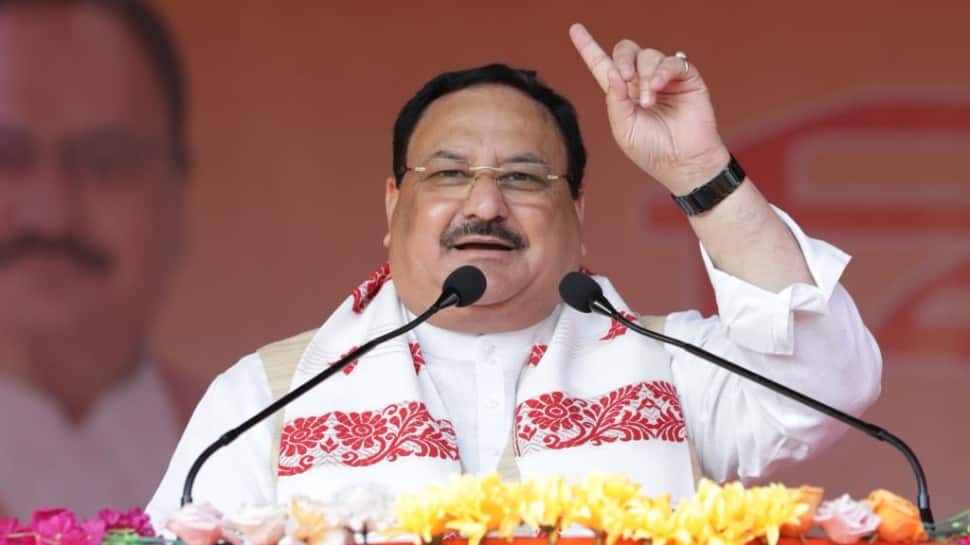 New Delhi: Days ahead of the assembly polls in the state, the Bharatiya Janata Party (BJP) President JP Nadda on Monday (March 15, 2021) visited Assam and launched a scathing attack on Congress.

He also said that Congress’ mission is commission, while the BJP works in a mission mode.

“For 60 years, Congress leaders only indulged in corruption and so for the last five years, we had to fill up pot-holes, repair roads and convert double lane highways to four and six-lanes,” Nadda said.

The senior BJP leader added, “We are committed to work for Assam’s security, prosperity and heritage.”

He stated that the Bru Reang crisis, which was affecting nearly 35,000 people, has been resolved and these people are being habilitated at a cost of Rs 600 crore.

“It is the Prime Minister who through his initiatives has joined Assam and the Northeast with Mainstream India”, Nadda said and highlighted that the north-eastern state has got six new medical colleges and Rs 8,000 crore for railway projects.

“Narrow gauges are being broadened and railways are being electricized. The NDA and connectivity are synonymous,” expressed the BJP chief.