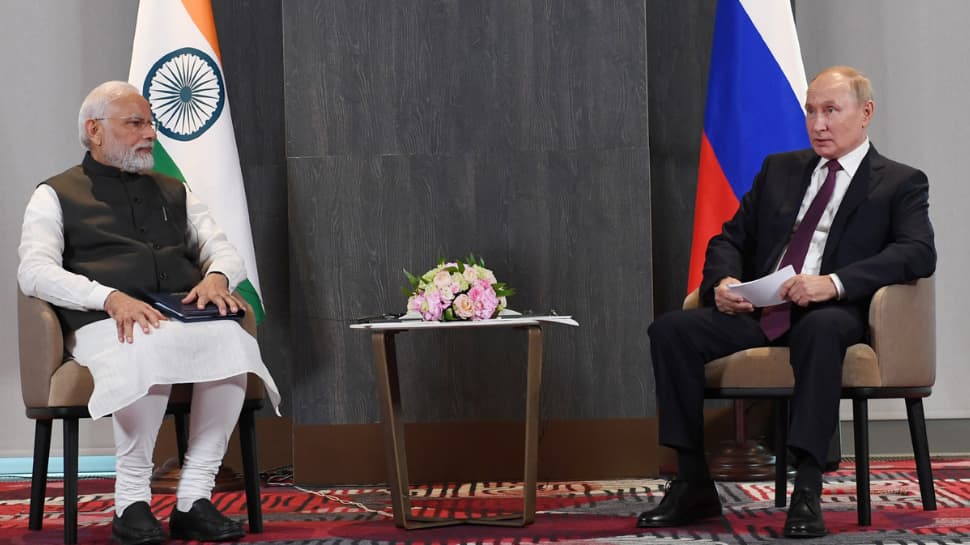 New Delhi: US Secretary of State Antony Blinken on Tuesday (September 27, 2022) said that they “could not agree more” with Indian Prime Minister Narendra Modi when he told Russian President Vladimir Putin that “this is not an era of war”.


“I really want to emphasize what Prime Minister Modi said, because I think he captured, as well as anyone I’ve heard, fundamentally what this moment is about. As he said, this is not an era, this is not a time for war. We could not agree more,” Blinken responded to a question while addressing a joint press conference with India’s External Affairs Minister S Jaishankar in Washington.


“I think it’s very important, though, that voices as consequential as India’s make themselves heard. And that’s why I thought that the prime minister’s comments were so significant, including as well his strong, clear support for the United Nations charter,” he said.


Earlier this month, in a bilateral meeting with Putin on the sidelines of the annual summit of the Shanghai Cooperation Organisation (SCO) in Samarkand, Modi underlined the importance of “democracy, dialogue and diplomacy” while calling for early cessation of hostilities in Ukraine.


“I know today’s era is not of war. We discussed this issue with you on phone several times, that democracy, diplomacy and dialogue touch the entire world,” Modi said in his first in-person meeting with Putin since the Russia-Ukraine conflict began in February this year.

US tried everything possible to avert Russia-Ukraine conflict: Antony Blinken

Antony Blinken said that they saw the “threat of aggression” mounting from Russia against Ukraine last year and tried everything possible to avert it through diplomacy.

“We warned the world about it, and we tried everything possible to avert it through diplomacy,” he said.


“Unfortunately, tragically, President Putin pursued his aggression, nonetheless. And now the Ukrainian people, but also the world are reaping the consequences,” Blinken said.

The US Secretary of State said that only one person has the ability to stop this aggression. And that’s Putin.