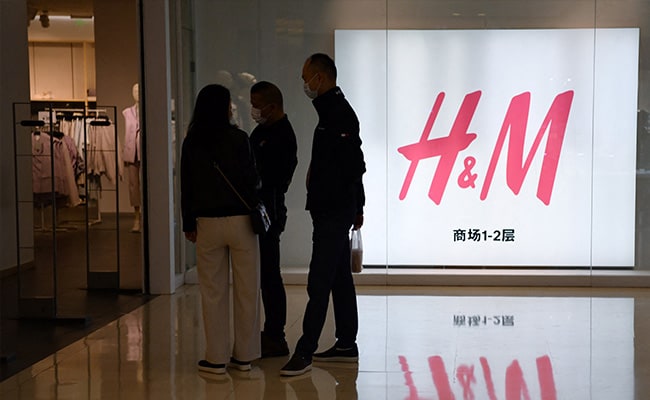 People stand near the entrance to a store of Swedish clothing giant H&M in Beijing.

Swedish clothing giant H&M said Wednesday it was doing “everything” to resolve a boycott in China that was sparked by its decision to stop sourcing cotton from Xinjiang over forced labour concerns.

H&M and other fashion brands have been under fire in China for statements voicing concern about allegations of labour violations in cotton fields in the far west region.

“We are working together with our colleagues in China to do everything we can to manage the current challenges and find a way forward,” H&M said in a statement.

“We are dedicated to regaining the trust and confidence of our customers, colleagues, and business partners in China,” it said.

Rights groups says more than one million Uyghurs and other mostly Muslim ethnic minorities have been held in internment camps in Xinjiang, where they have also been forced to work in factories.