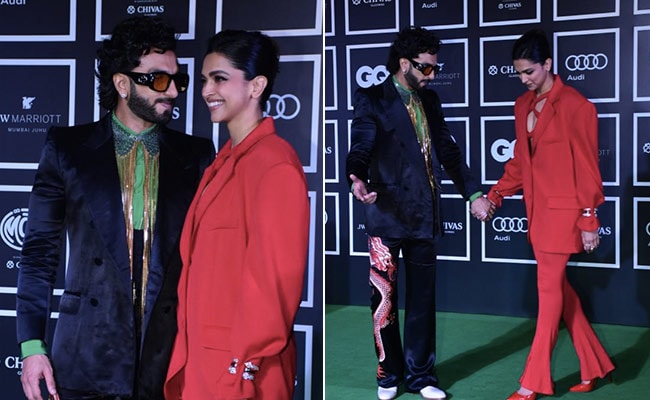 Ranveer Singh and Deepika Padukone pictured at the event.

Deepika Padukone and Ranveer Singh, who were MIA at all the Diwali parties this season (given their super busy schedules) made up for it last night and how. The star couple arrived together at an award show in Mumbai last night and they slayed. Ranveer Singh walked the red carpet (in this case, the green carpet) first and he was then joined by wife Deepika Padukone. The star couple making a super stylish red carpet appearance after so long was clearly the highlight of the evening. Deepika Padukone was an absolute vision in a red power suit with cutouts. Ranveer Singh, on the other hand, was well, just being his quirky self.

See the photos from last night’s event and you’ll know what we are talking about: 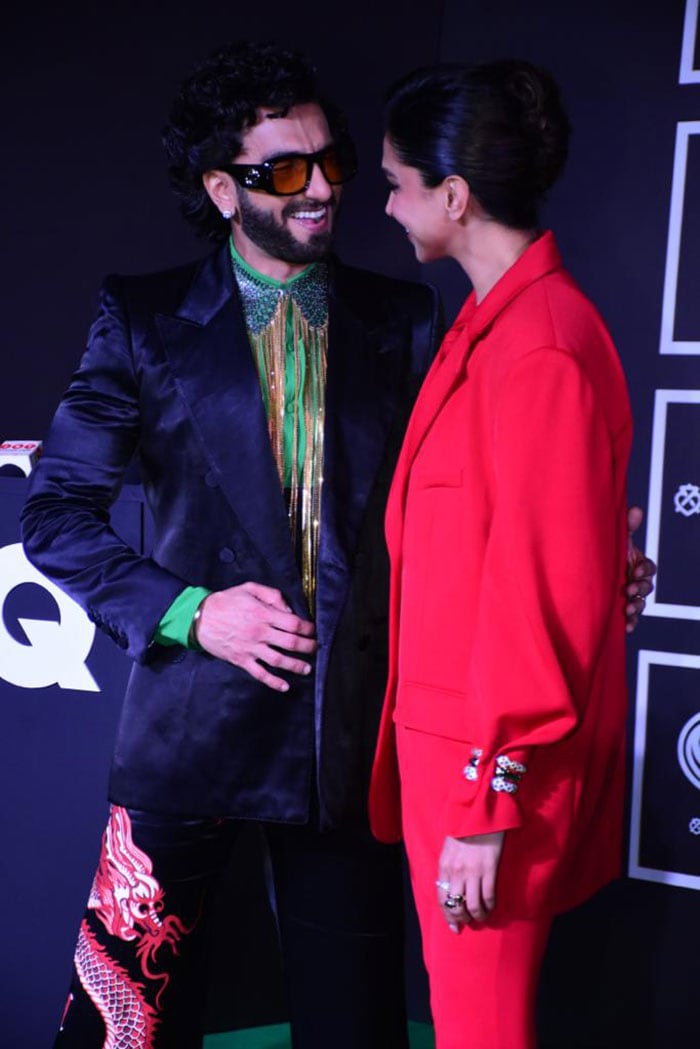 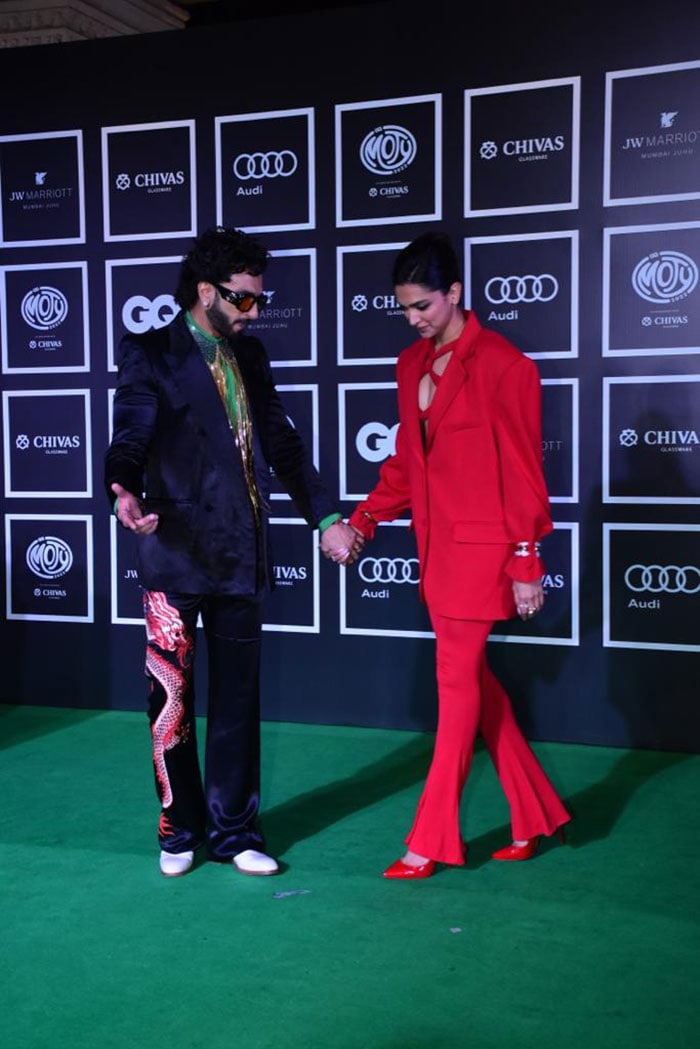 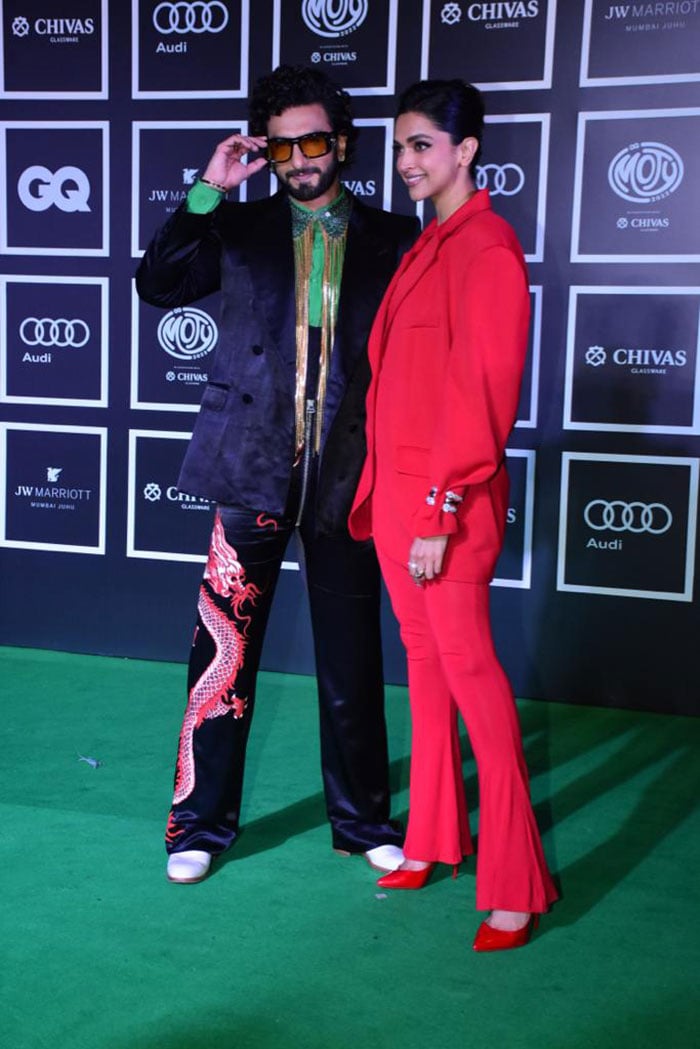 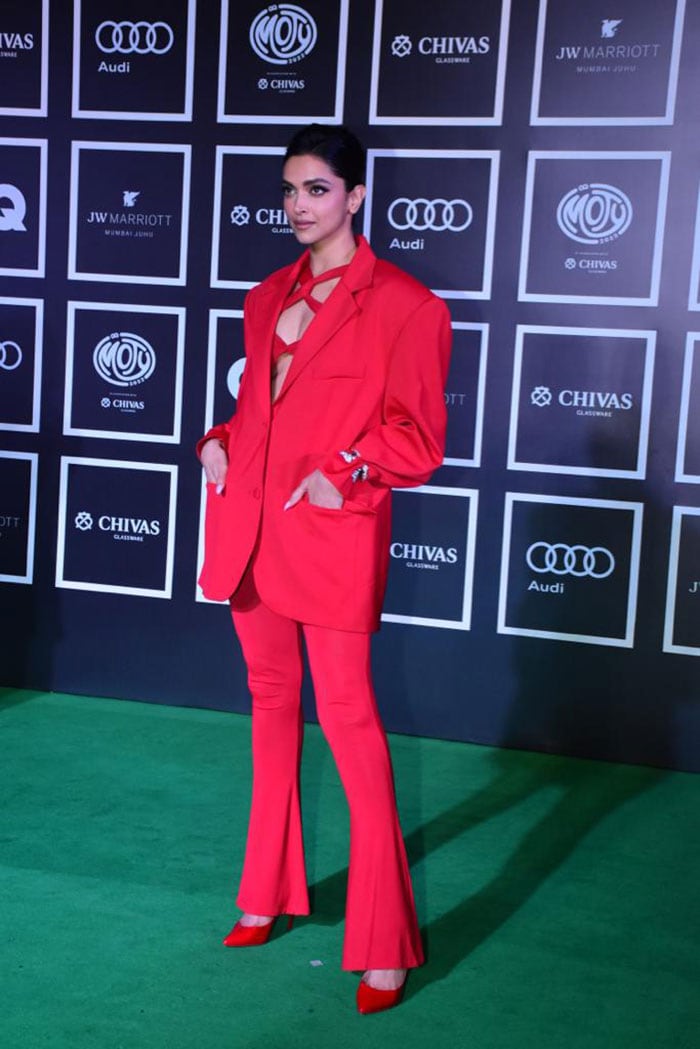 Deepika Padukone posing for the cameras. 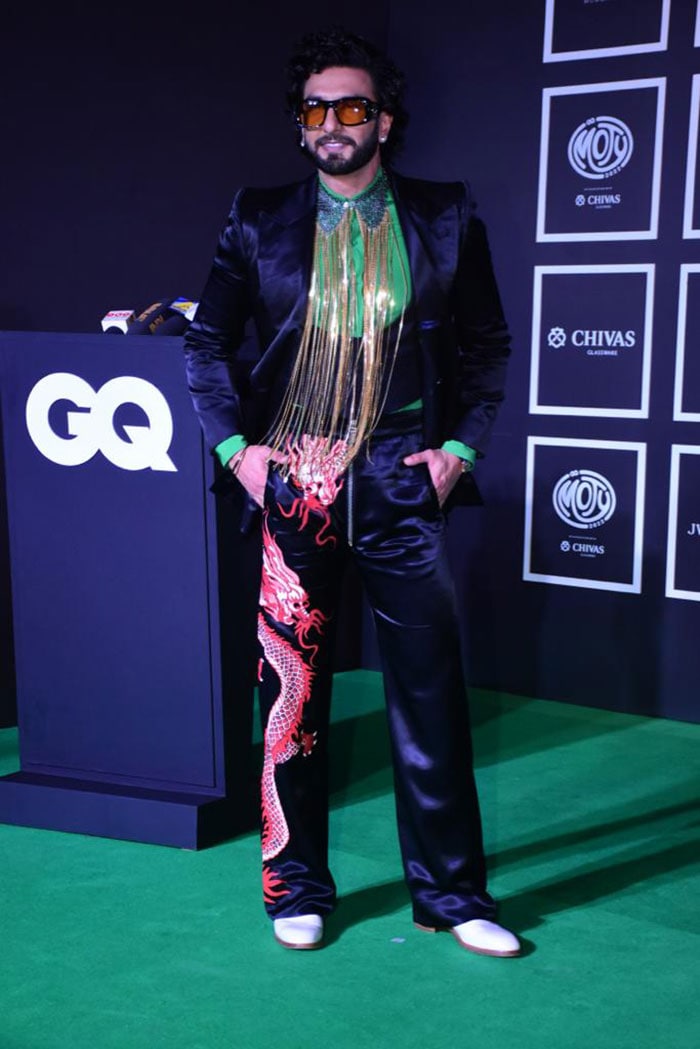 Ranveer Singh on the green carpet.

Deepika Padukone and Ranveer Singh got married in a traditional South Indian ceremony – per Konkani rituals in 2018. They also had a North Indian wedding. The couple had an intimate destination wedding in Italy’s Lake Como with only close friends and family in attendance. They later hosted grand receptions in Bengaluru and Mumbai.

Deepika Padukone and Ranveer Singh’s first film together was Goliyon Ki Rasleela Ram-Leela (2013), which was directed by Sanjay Leela Bhansali. The couple has also co-starred in Bajirao Mastani and “Padmaavat.” The couple also shared screen space in Kabir Khan’s sports drama ’83. Both the stars have super busy schedules ahead.

In terms of work, Ranveer Singh was last seen in Yash Raj Films’ Jayeshbhai Jordaar. Before that he featured in Kabir Khan’s 83. Last year, the actor also had a cameo appearance in Rohit Shetty’s cop drama Sooryavanshi, starring Akshay Kumar in the lead role. The actor also signed another project with Rohit Shetty, which is titled Cirkus. The film is an adaptation of Shakespeare’s The Comedy Of Errors. He will also star in Karan Johar’s Rocky Aur Rani Ki Prem Kahani.