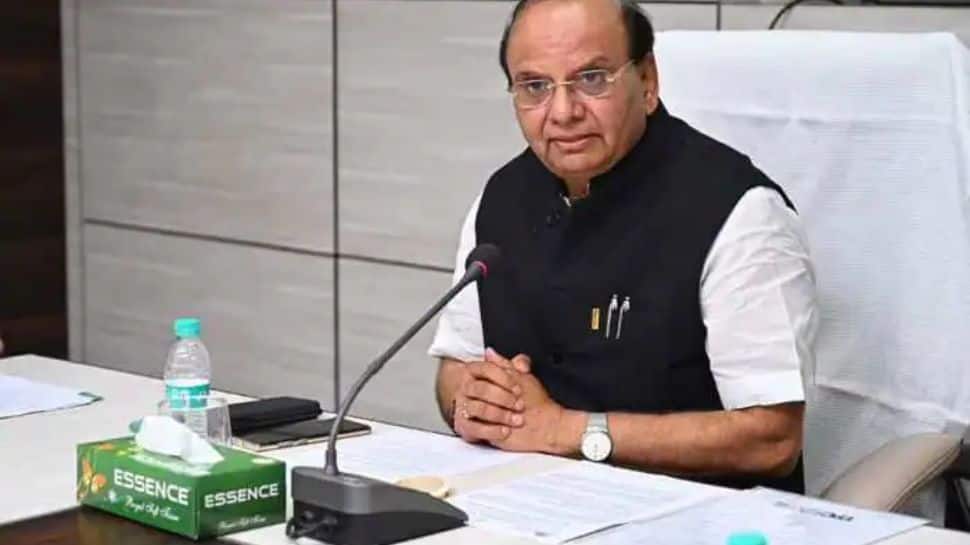 New Delhi: Delhi Lieutenant Governor V K Saxena who was accused of corruption by the ruling Aam Aadmi Party, broke his silence on Thursday and hit back at Chief Minister Arvind Kejriwal saying he was resorting to “diversionary tactics and false accusations” out of “desperation”. The LG said in a tweet, “I called for good governance, zero tolerance to corruption and better services for the people of Delhi. But unfortunately, Hon’ble CM Arvind Kejriwal Ji in desperation has resorted to diversionary tactics and false accusations.”


Saxena, sharing a brief statement on Twitter, said he would not be surprised if “more such baseless personal attacks” were made on him and his family in the coming days.


I called for good governance, zero tolerance to corruption and better services for the people of Delhi.

“He (Kejriwal) should know that I will under no circumstances whatsoever be deterred from my constitutional duties. My commitment to improving the lives of the people of Delhi remains unwavering,” he said in the statement.


The relations between the two constitutional authorities in the national capital have worsened after Saxena in July recommended a CBI probe into alleged irregularities in the implementation of the Arvind Kejriwal government’s Excise Policy 2021-22.


AAP MLA Durgesh Pathak had in the Delhi Assembly accused Saxena of corruption involving the change of demonetised notes in 2016 during his tenure as chairman of Khadi and Village Industries Commission (KVIC).


The AAP has alleged a Rs 1,400 crore scam and demanded a CBI probe against Saxena. The lieutenant governor has decided to initiate legal action against AAP leaders for “false and defamatory” charges levelled at him, officials at his office said on Wednesday.