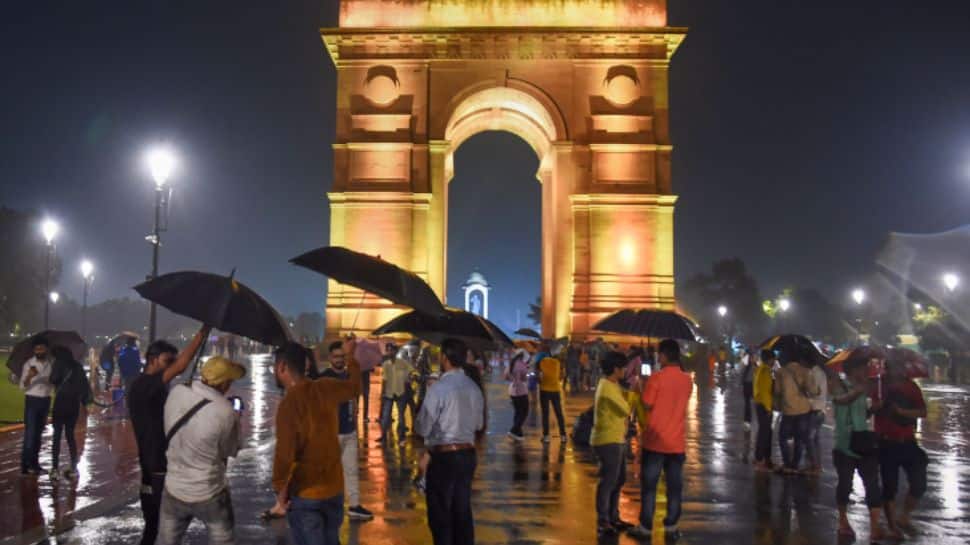 New Delhi: Delhi-NCR region witnessed heavy rains in the past few days which has led to waterlogging and uprooting of trees in several areas of the region. As a caution to commuters, the Delhi Traffic Police on Friday advised commuters to not take certain roads to avoid getting stuck in waterlogging, potholes and uprooted trees.


“Due to incessant rains in Delhi in the last 24 hours, many roads have been affected by waterlogging, uprooting of trees, and potholes. Commuters are advised to plan their journey accordingly and avoid these stretches for their convenience,” Delhi Traffic Police said in a tweet.


Traffic Police said that these areas have been waterlogged and should be avoided:


The trees are uprooted on the following routes–


The potholes are located in:


Meanwhile, the India Meteorological Department on Friday issued a yellow alert for rainfall in the national capital and cautioned the citizens about the same.


The yellow alert is issued after Delhi and its adjacent areas witnessed torrential rainfall alerting the citizens to be prepared for the next two-three days. This heavy downpour resulted in waterlogging at very places in Delhi and the National Capital Region.

The weather forecasting agency in its All India Weather Summary and Forecast Bulleting by the IMD this morning said, “a western disturbance as a trough in mid-tropospheric westerlies run roughly, under whose influence, the current spell of rainfall is likely to continue over northwest India for next few days followed by a reduction thereafter.”


It informed that a widespread rainfall with isolated heavy falls is also expected to occur over Madhya Pradesh and Haryana today.


It further informed about the expectation for widespread light to moderate rainfall with isolated heavy falls and thunderstorms or lightning over Arunachal Pradesh on Friday and Saturday.

The IMD also informed that the lowest minimum temperature of 20.8 degrees Celcius was reported on Thursday at Ridge (Delhi) over the plains while the maximum temperature was “marked below normal (-5.1 degree Celcius of less) at most places over Haryana, Chandigarh, and Delhi.