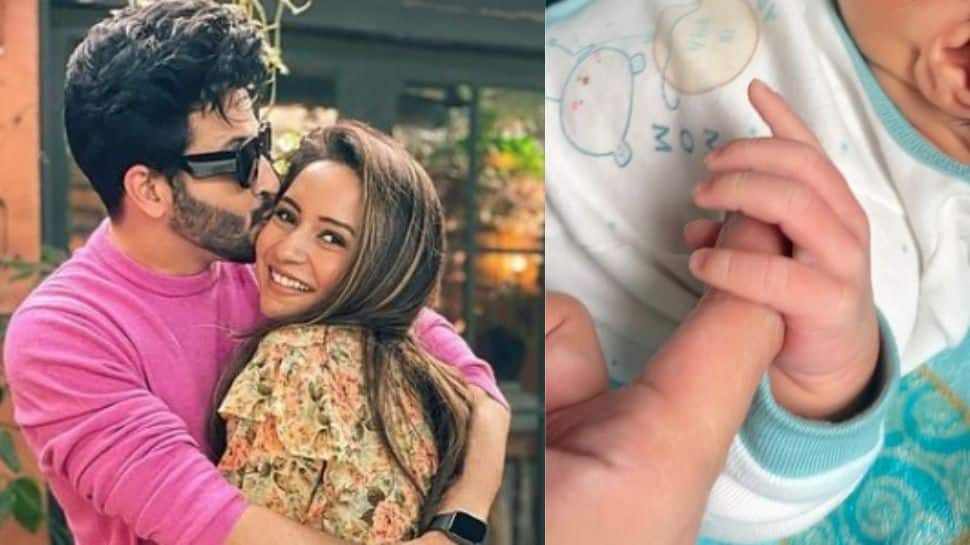 New Delhi: Television actor Dheeraj Dhoopar recently took to Instagram to share a photo of his new born son. “The Only place I want to be at,” he captioned the post. In the photo, the baby boy can be seen holding the hand of his father with his tiny fingers.

Fans also started showering their love on the new born baby as soon as he shared the picture. ‘Like Father Like Son Touchwood Both,’ commented one user. ‘His tiny hands,’ commented another user with crying emojis.

Dheeraj Dhoopar and his wife Vinny Arora Dhoopar welcomed a baby boy earlier this month. “We are filled with joy as we announce the arrival of our baby boy. 10-08-2022. Proud parents, Vinny and Dheeraj,” the couple had posted on Instagram alongwith a throwback photo from their maternity shoot.


On the work front, Dheeraj Arora will next be seen in ‘Sherdil Shergil’ opposite ‘Ishqbaaz’ fame Surbhi Chandana. He will also appear in the new season of the reality show ‘Jhalak Dikhlaa Jaa’. On the other hand, Vinny Arora was last seen in the web show ‘Pati Patni aur Who’ in the role of Surbhi. She had started her career in television with ‘Kasturi’ on Star Plus in the year 2007.