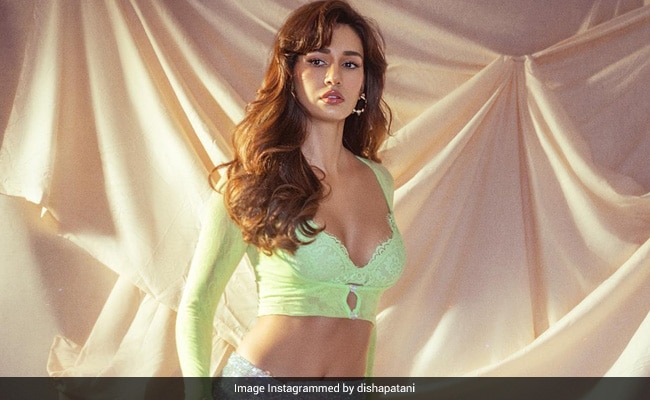 Disha Patani is currently in Goa. The actor has gone there for a month-long shooting schedule for her upcoming film with superstar Suriya. Disha, on Wednesday, shared a picture on her Instagram story. The picture was of a beautiful view from her room. She captioned the picture, “#Suirya42, day 1.” Disha also shared a video of the shooting spot on her Instagram story, in which, a camera can be seen beside a swimming pool. Just a day ago, the actor had posted a few more Instagram stories from Goa, revealing she was there for a month. 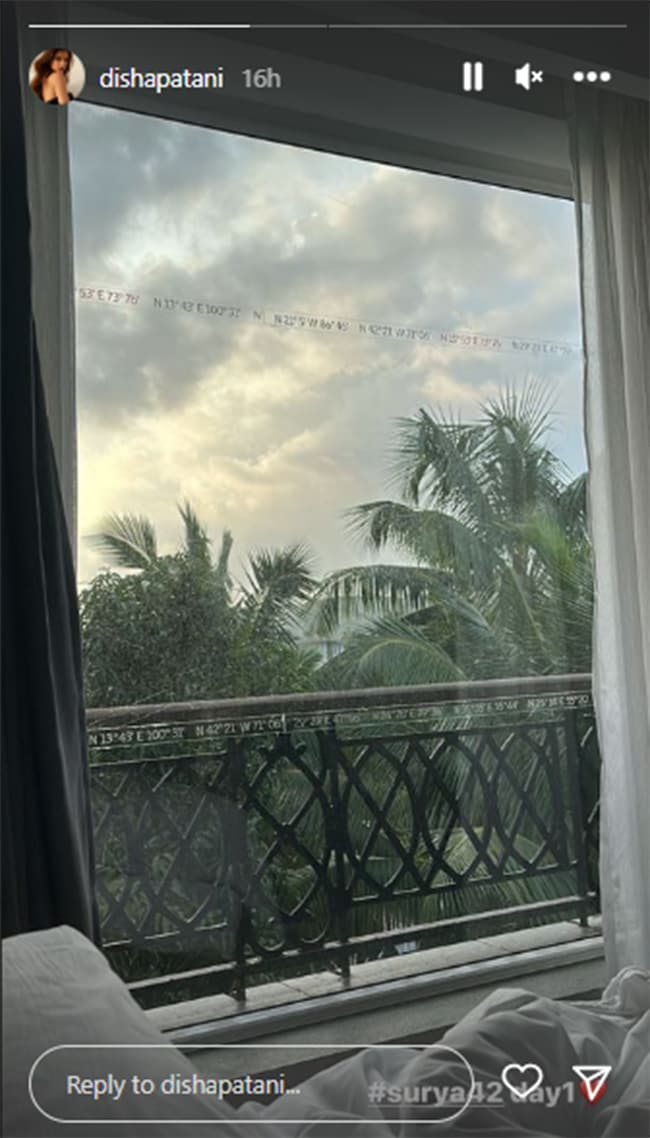 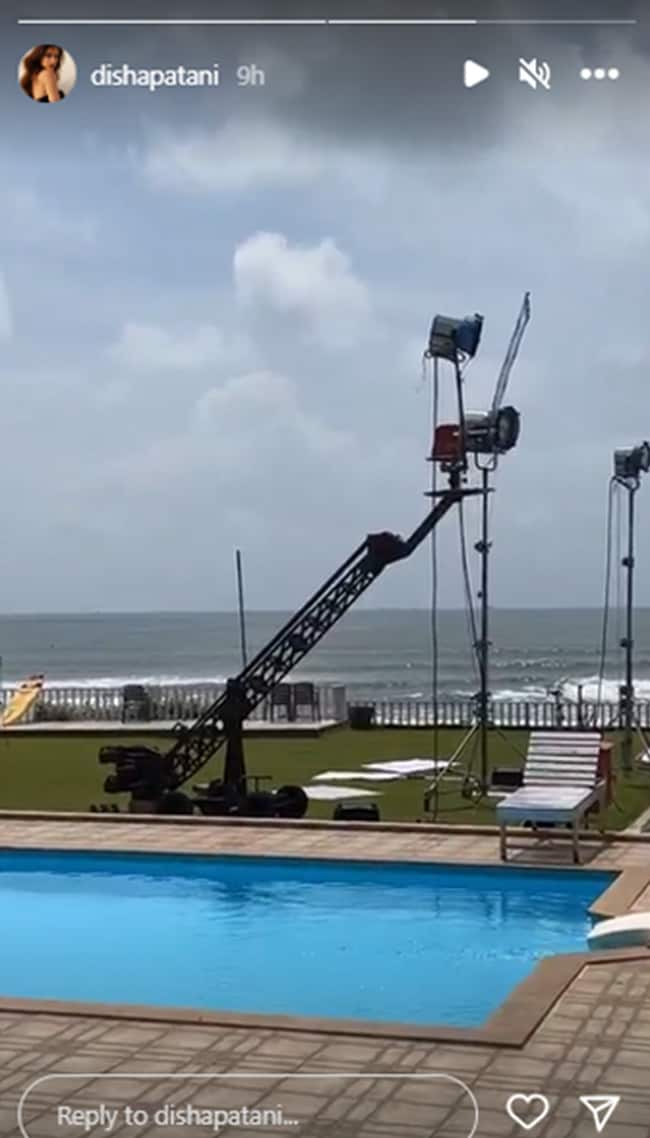 Suriya, who recently saw a massive success with his films Soorarai Pottru and Jai Bhim, recently announced his forty-second project. The film will be directed by filmmaker Siruthai Siva.

Recently, by sharing a post on her Instagram, Disha Patani revealed details about her association with the film. Sharing a teaser video, the actor wrote, “#Suriya 42.”

Just a few weeks ago, Suriya shared a picture with filmmaker Siruthai Siva and music composer Devi Sri Prasad, announcing the beginning of the shooting of the film. His caption read, “Shoot begins… Need all your blessings… #Suriya42.”

Suriya’s forty-second project will be co-written by his director Siruthai Siva. The film will be produced under his banner 2D Entertainment.