Kareena Kapoor hosted a Diwali dinner at her Mumbai residence on Sunday. Members of the Kapoor family and the Pataudis attended the dinner last night. Kareena Kapoor shared a family photo from the celebrations on her Instagram profile and she wrote: “Parivaar (family).” Last night, Kareena’s parents Randhir Kapoor and Babita, her sister Karisma, aunts Neetu Kapoor and Rima Jain were pictured arriving at the venue. Kareena’s cousins Armaan Jain and his wife Anissa were also pictured. Kareena’s sister-in-law Soha Ali Khan arrived with her husband Kunal Kemmu. Meanwhile, the actress’ cousin Ranbir Kapoor and wife Ali Bhatt were MIA from the bash. Meanwhile, Soha Ali Khan shared pictures from last night’s dinner on Instagram. The pictures feature Kareena, Saif Ali Khan, Kunal Kemmu and Soha happily posing together. “Love light and laughter. Wishing a very happy Diwali to you and your loved ones Happy Diwali.”

This is what Kareena Kapoor posted:

Karisma Kapoor also posted a picture with Randhir Kapoor, Babita and Kareena and she wrote: “Love and Light.”

Kareena Kapoor also posted a picture from the festivities last night, which was first shared by Neetu Kapoor. 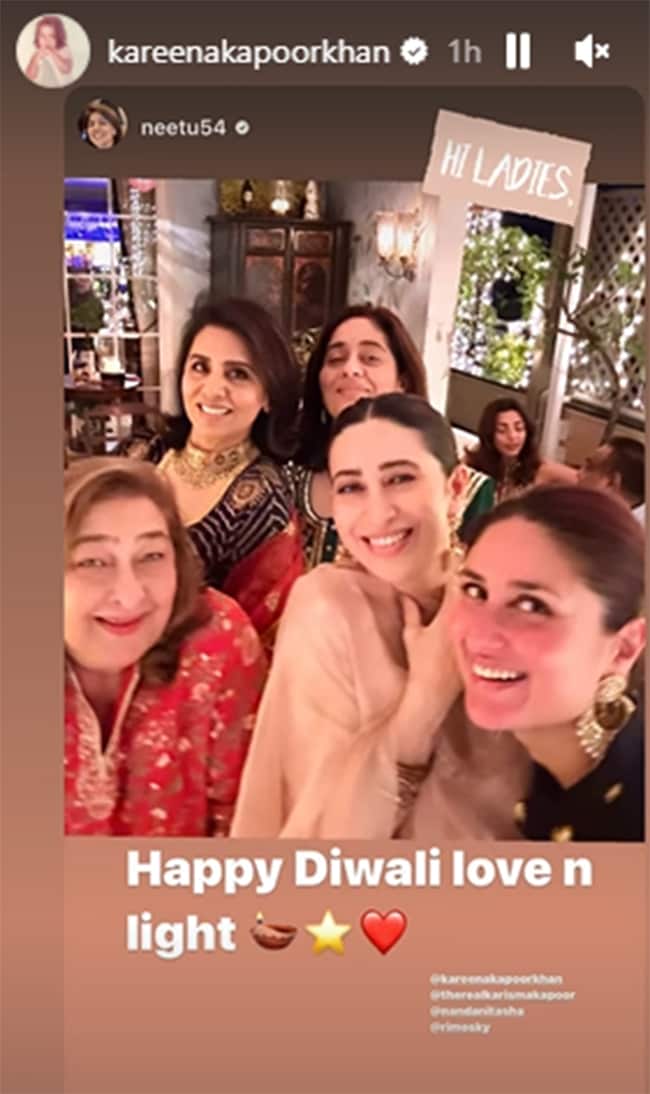 Karisma Kapoor was dressed in her festive best as she arrived at the venue. 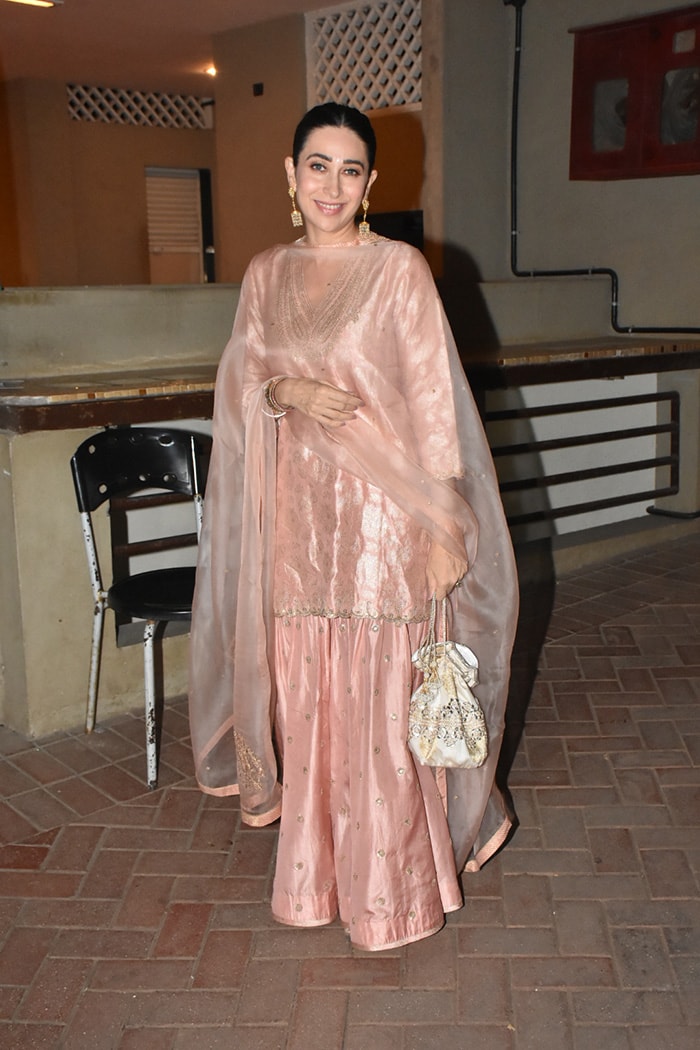 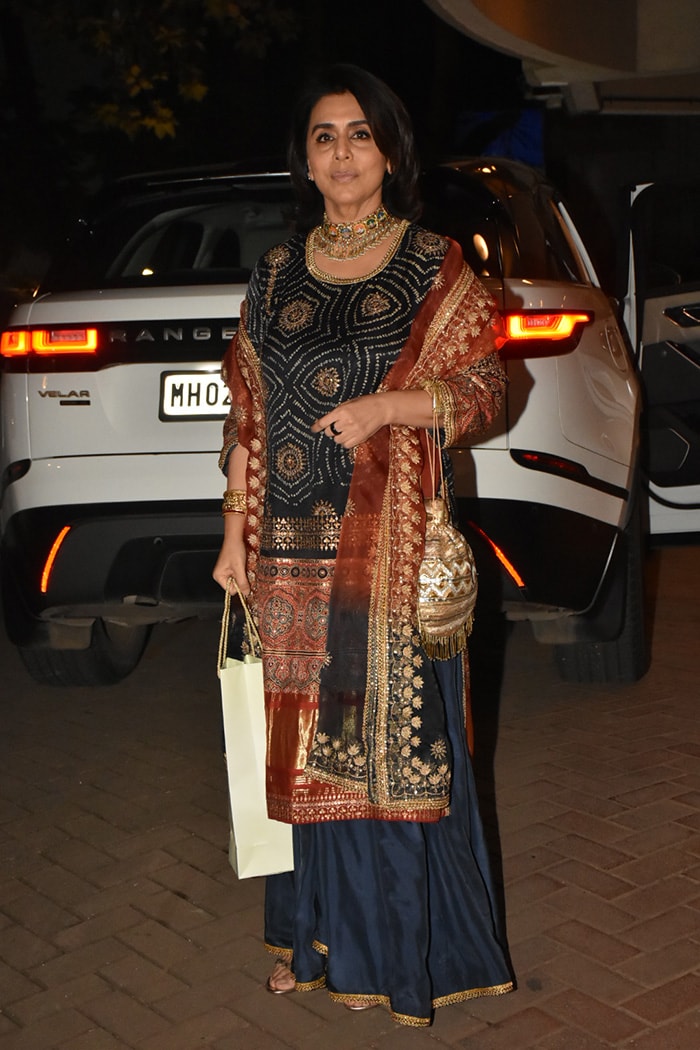 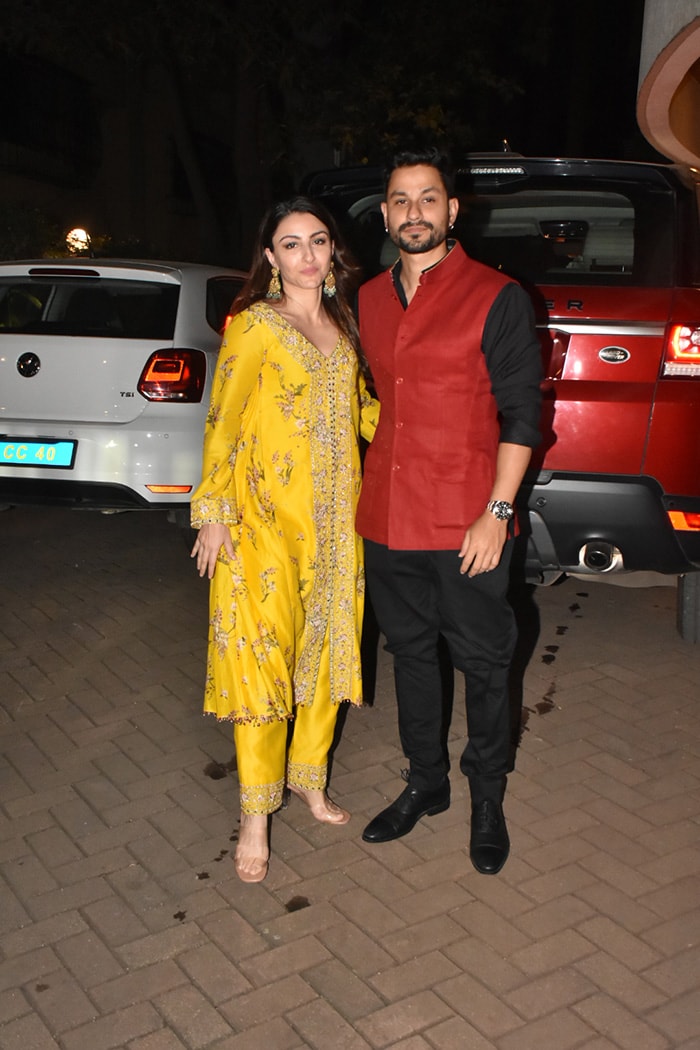 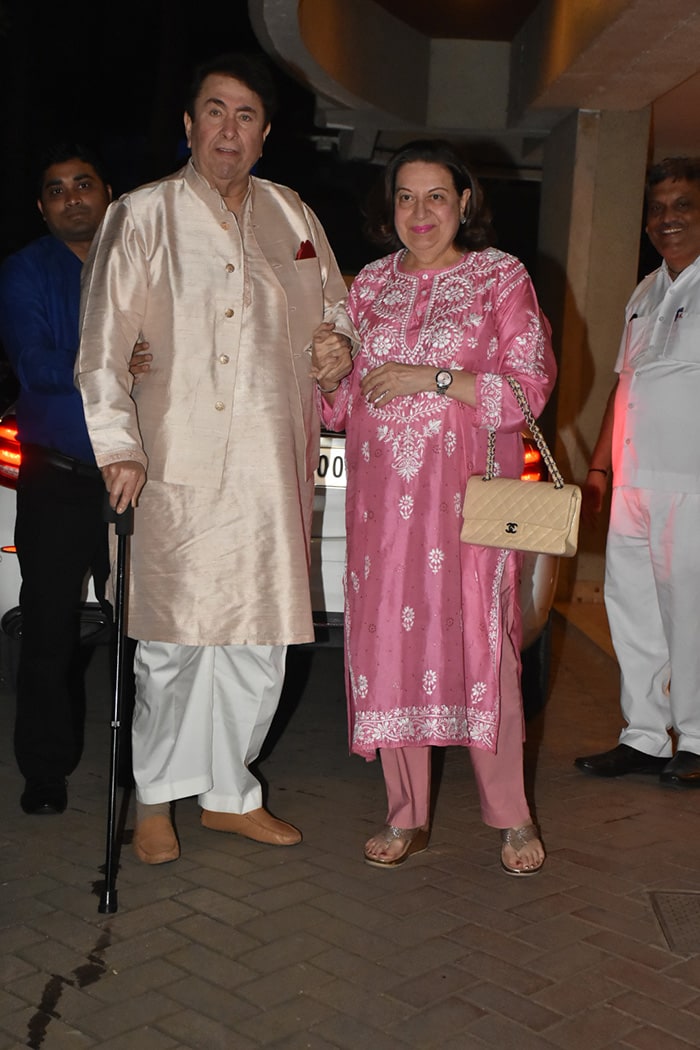 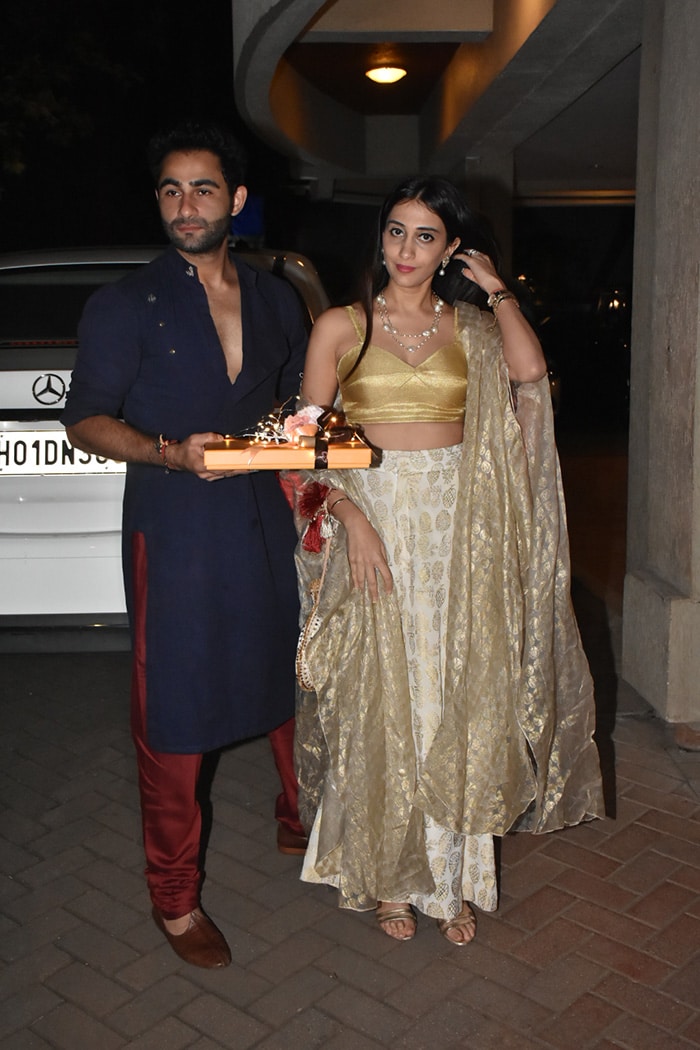 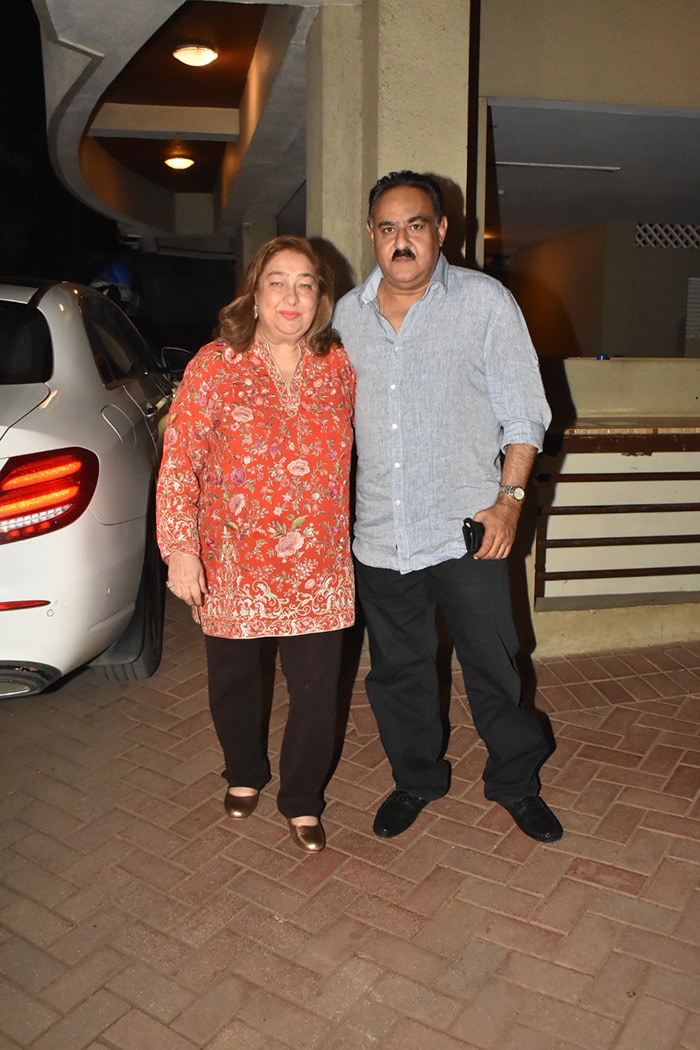 Rima Jain pictured at the party.

On the work front, Kareena Kapoor was last seen in Aamir Khan’s Laal Singh Chaddha, which released in August. She will next be seen in The Devotion of Suspect X, co-starring Vijay Varma and Jaideep Ahlawat. The actress has also signed a project with Rhea Kapoor.

Kareena Kapoor and Saif Ali Khan got married in 2012 and they are parents to two sons – Taimur, 5 and Jeh, who they welcomed in February last year. They have co-starred in films like Tashan, Omkara, Kurbaan and Agent Vinod.