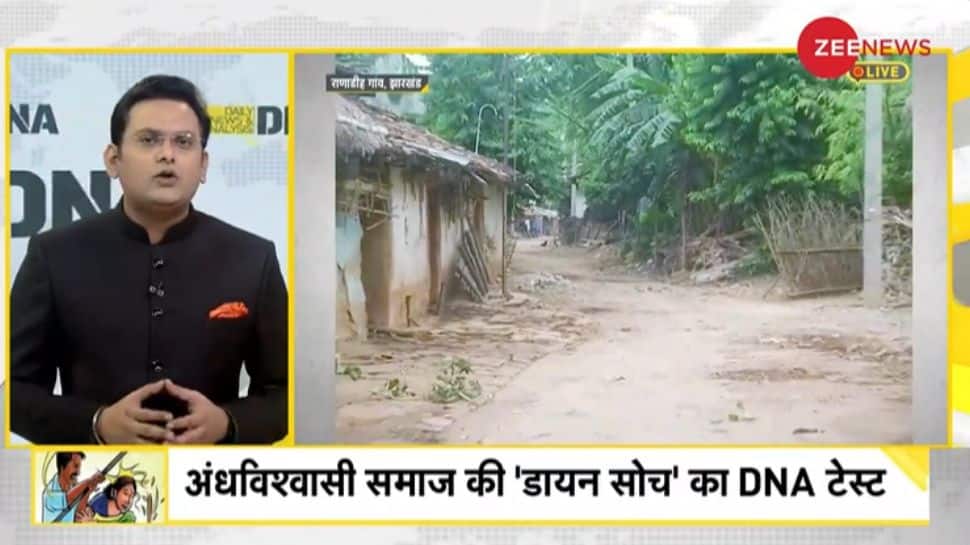 New Delhi: Although there have been several technological triumphs in our country, people’s obsession with meaningless superstitions still exists. Women are more often than not the victims of such superstitions. In a recent case, 3 women were beaten to death in Ranadih village near Ranchi district of Jharkhand as they were accused of being ‘witches’. The villagers suspected that the women residing in the village were ‘ichhadhari serpents’. This refers to the myth of a serpent that lives in the guise of a woman during the day and becomes a serpent at night.


In today’s DNA, Zee News’ Rohit Ranjan will analyze how superstition against women is still prevalent in remote parts of the country and leads to more than 100 deaths per year.

The women were labelled ‘ichhadhari serpents’ by a healer or ‘Ojha’. A few villagers had been bit by a snake in the past. To investigate this, the ‘ojha’ was called and he concluded that it was the three women who were actually serpents. The villagers have reportedly stopped speaking about the killings of the women but police are investigating the case.

Cases of killing by calling them witches are especially seen in tribal areas. This is still a major problem in rural areas. There are different reasons as to why a particular woman may be accused of being a witch such as:


Although there are awareness programs in Jharkhand for this issue, there is still a stronger belief in ‘tantriks’ and supernatural healers over laws and officials.