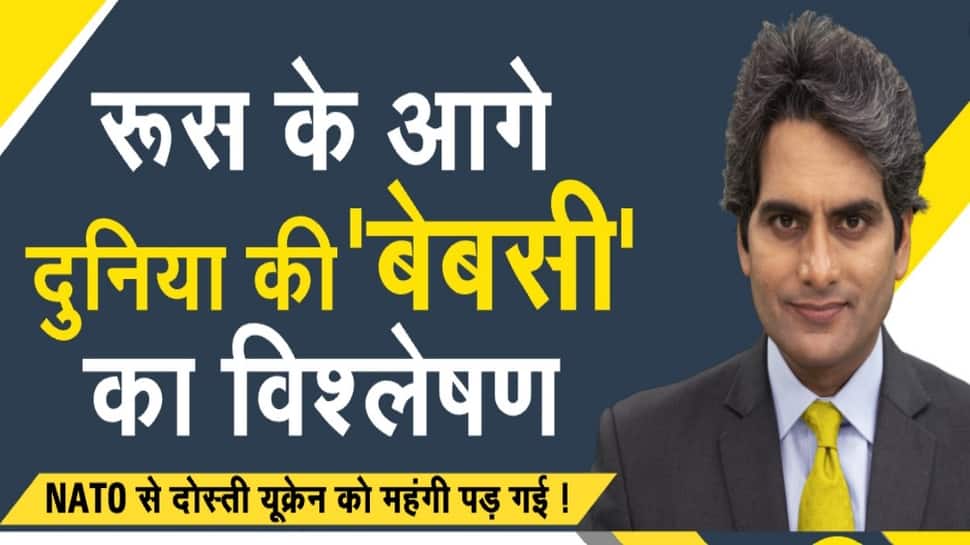 Russia has launched a full-fledged attack on Ukraine. In the past 24 hours, more than 2 Lakh Russian troops have entered Ukraine. Russia claims that it has destroyed 70 Ukrainian military bases so far. Ukrainian President Volodymyr Zelenskyy today tried to contact his Russian counterpart Vladimir Putin to defuse the matter, however, the latter did not respond- saying he would only talk if Ukraine’s military surrenders completely.

Amid all the chaos, the larger question that one would wish to know is – how are the other world powers reacting to the crisis? The anwer is – they are just looking at the situation like spectators.

In today’s DNA, Zee News Editor-In-Chief Sudhir Chaudhary makes a detailed analysis of Russia’s attack on Ukraine and the helplessness of world powers in stopping Vladimir Putin in his mission.

The war between Russia and Ukraine is increasingly taking the shape of “Putin vs Rest of the world”.

Survival of the fittest

A larger message that evolves from today’s situation is the theory of “survival of the fittest”. Just the way big fishes eat the smaller ones in the sea, mighty animals eat the weaker ones in the jungle, the bigger and more powerful nations – like United States, China and Russia – “eat” the smaller and weaker ones as and when they want too. The nations that don’t build their military might, are prone to attacks from external forces.

Russia’s big military action sends out three big messages to the world – 1. If a nation is wesk, then international laws and global treaties don’t matter. 2. No one comes forward to help the nations that are not able to defend themselves and 3. The nations that have outside interference, have a greater risk of instability.

A bigger and important development that Indian viewers must be aware of is – that this war will have financial repercussions on India too. The prices of crude oil in the international market have gone up to $100/barrel, which means, that price of petrol and diesel are set to soar in India. With this, the commodities and services that are linked to petrol and diesel may also get expensive in upcoming days.

Watch DNA with Sudhir Chaudhary to get the most detailed analysis of Russia’s military action on Ukraine.