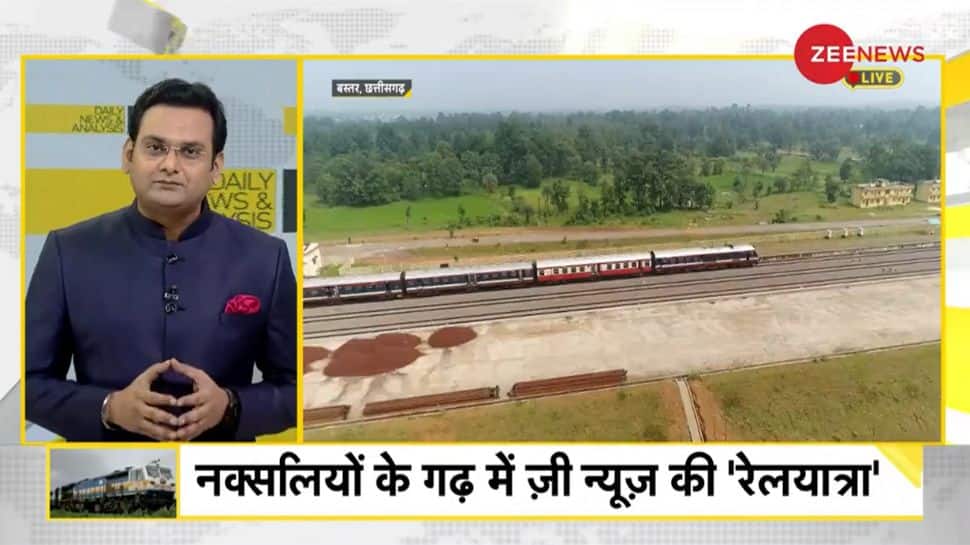 The first passenger train ran in India on April 16, 1853, but even after 75 years of Independence, there are many areas in India without rail connectivity. Mostly the areas that are strongholds of Naxalites, one such area is Bastar in Chhattisgarh. Last month, a train started its operation between Kewti and Antagarh, the worst Naxal-affected area in the North Bastar area of Chhattisgarh after 75 years of independence. It will directly connect more than 100 villages of Bastar and Kanker districts to the capital Raipur.


In today’s DNA, Zee News’ Rohit Ranjan will anaylse the sucess story of India’s first train being operated in Chattisgarh’s Naxal bastion after 75 years of Independence.

The tracks on which this train is running in these dense forests between Kanker and Bastar. Those tracks have been laid by uprooting the shadow of fear from Naxalites. It is not that there has never been an attempt to run a passenger train on this route before. But the Naxalites have not allowed the train to reach this area so far.


This journey of the train in the den of Naxalites does not end in Antagarh. Preparations to run the train to Abujhmad in the dense forests of Bastar are now going on in full swing.


The train passing through these forests will reach Raoghat, a station being built in the middle of Abujhmad forests, where a treasure of minerals is buried. The introduction of trains in the stronghold of Naxalites is not only limited to passenger trains but goods trains will be introduced too.


The train line has not only opened the doors of the world for the people of Bastar but also opened the way for the economic development of Bastar.

A big credit for the rail project goes to the jawans of the Sashastra Seema Bal (SSB), who are deployed in the security of this railway project by staying in the stronghold of Naxalites. If this rail project has been completed despite the threats of Naxalites, then SSB also has a big role in it.