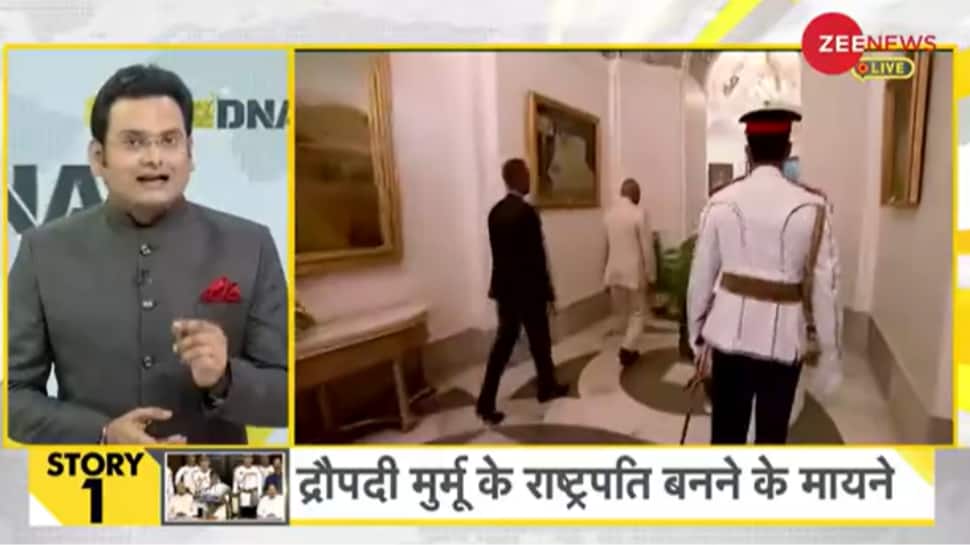 New Delhi: Today, India scripted history when a tribal woman, once deprived of the basic necessities of life, took the oath of the highest constitutional office today in New Delhi. Droupadi Murmu, the newest and 15th President of India became the first woman from the tribal community to reach Rashtrapati Bhawan from a small village in Odisha. Soon after her inaugural address, Murmu, who was also the first President to be born in Independent India, said that her nomination was an inspiration for every common Indian to dream and aspire for bigger things. Things that seem impossible. She said that no dream is impossible in democratic India irrespective of one’s caste, creed, place of birth or community.


In today’s DNA, Zee Media’s Rohit Ranjan analysed the inspirational journey of India’s 15th President and what her induction into the highest office would mean for every common Indian who dares to dream big.

Draupadi Murmu is the second woman President but her association with the deprived and marginal tribal community holds great significance. Because, years back, no one could have imagined that even a tribal would ever reach the presidency of this country. So Draupadi Murmu becoming the President has far-reaching deep messages.


The father of this nation, Mahatma Gandhi once said that the real India resides in the villages and today the woman who came helmed from the village and greeted her country as the President is not just a symbolic victory for this nation, but an exemplar of what India has achieved and how we have progressed as a society.

President Murmu’s first address to the nation teaches Indians how to remain, simple, grounded and humble even after getting power. She described her election as India’s President an achievement of every common man in the country. She added that her journey would fill the youth of the country with enthusiasm and hope that if one devotes themselves, the sky is the limit. Murmu also spoke about Swadeshi, Swaraj, Swachhata and Satyagraha along with India’s democratic and cultural traditions.