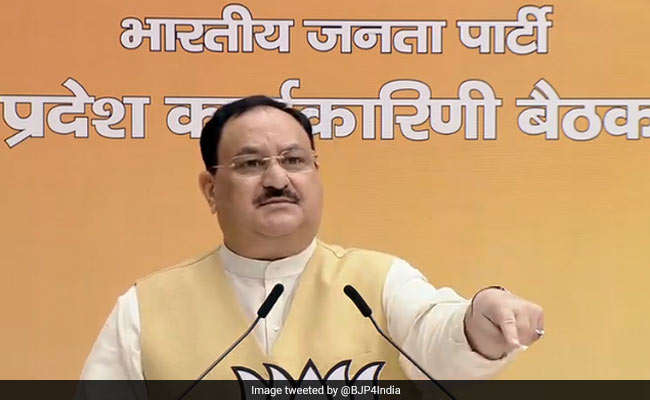 An Uttar Pradesh BJP MLA who has been staunchly defending an aide accused of shooting dead a man in public in Ballia last week has been asked by the party chief for an explanation. Sources say BJP president JP Nadda has also warned the party’s UP chief over the conduct of BJP MLA Surendra Singh.

The BJP’s notice to the MLA comes four days after his aide, former army man Dhirendra Singh, allegedly shot a villager dead during a Panchayat meeting in the presence of officials and the police.

Dhirendra Singh, missing since the shooting on Thursday, was arrested yesterday. He was caught on the highway after he filed a request to surrender, apparently to avoid police interrogation.

Surendra Singh, an MLA from Ballia, has defended the alleged killer since the incident and even claimed he shot the villager, Jai Prakash, in “self-defence”. He also hit out at the UP police and administration for a “one-sided inquiry”

Sources say the BJP president called up the party’s UP chief Swatantra Dev Singh and warned him “strongly” over the MLA’s behaviour. Mr Nadda has ordered him to serve show cause notice to Surendra Singh and has reportedly warned of action if there is any attempt to interfere in the investigation.

The MLA has claimed that the accused Dhirendra Singh heads a local BJP unit of ex soldiers.

Singh shot at Jai Prakash, 46, thrice after an argument erupted between the two at a village meeting on the allotment of ration shops on Thursday. Despite the presence of officials and cops, he escaped.

Surendra Singh made a series of shocking statements after the incident. He first said such a casualty could “happen anywhere”. Then the BJP MLA said: “I condemn the tragic incident but I also condemn the administration’s one-sided investigation. If Dhirendra Singh had not fired in self-defence, dozens from his family would have been killed. He had no other alternative except for marne aur maarne (dying or killing).”

The family of the victim later alleged that because of the ruling party MLA’s pressure, the local police were trying to frame them using false charges.

While he was on the run, Dhirendra Singh had released a video saying he had warned the police of violence at the meet and had asked them to post extra security, but they didn’t.