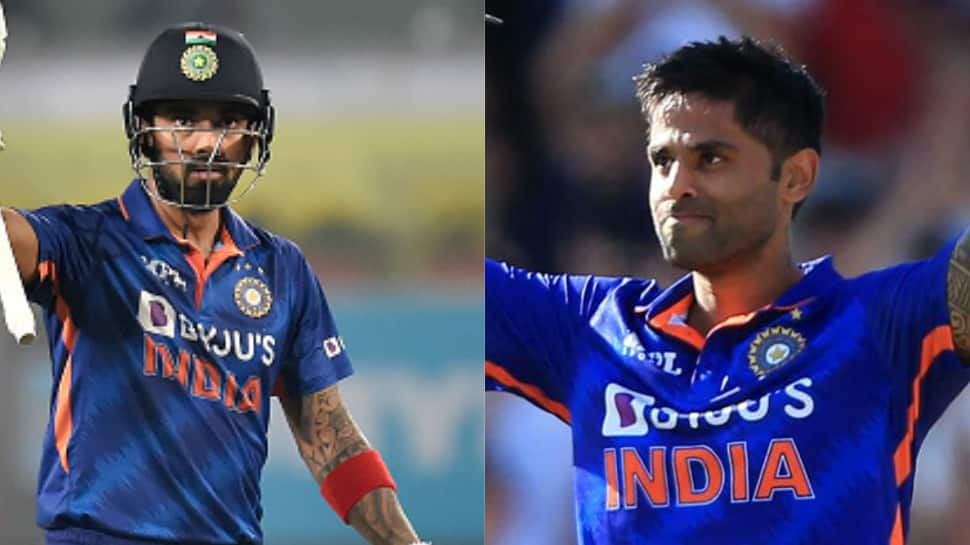 India’s rising T20 star Suryakumar Yadav has taken the opportunity to open the innings in the T20s vs West Indies with both the hands. The Mumbai Indians batter smashed a quickfire fifty in the third T20 to help India seal the game and take 2-1 lead in the ongoing five-match series vs West Indies. This is the first time in T20Is that Surya has opened and he has been a success so far. However, he has opened for more than one season for Mumbai Indians in the past and was successful in that stint as well. Does his rapid rise in T20s, not to forget he is World No 2 in rankings as well, sends a threat to KL Rahul, who is India’s regular opener in the format?


Rahul is missing in playing XI due to a series of injuries. He first did groin and then get operated for the same. However, we was down with Covid-19 soon before he was to board the flight to the Carribean for the T20 series. And now Rahul is unsure about his return as his groin seems to be giving him the problem again. His place was taken in England by Rishabh Pant in England who was not much of a success. But in Windies, Surya has done very well.

Former New Zealand batter Scott Styris feels that KL Rahul has not done a great deal of good to himself by giving someone else the chance to shine in his role. That someone here is Suryakumar Yadav.

“It’s a different mindset for players because they don’t want to be out and they don’t want to be giving other players opportunities. I know India has a very good culture within its group, so it doesn’t mind allowing other players opportunities all the time. I know as a player myself, you never wanted to give somebody else a chance to take your spot. So with the fact that he’s out injured and he’s away from the team at the moment, it just means that other players are able to do what Suryakumar is doing, what Rishabh Pant is doing, getting in there, taking the chance scoring runs and really posing the selectors some questions saying, do we actually need KL Rahul? Is he going to be in good form when he comes back? He has missed a lot of cricket, a lot of question marks now present themselves just because he’s been able to give other players that opportunity,” said Styris on  SPORTS18’s daily sports news show ‘SPORTS OVER THE TOP’.


Styris added that India currently has a sweet headache as one player can bat at many position. He further said that he is not surprised by Surya’s show in Windies series as he is someone who can excel at any batting position.