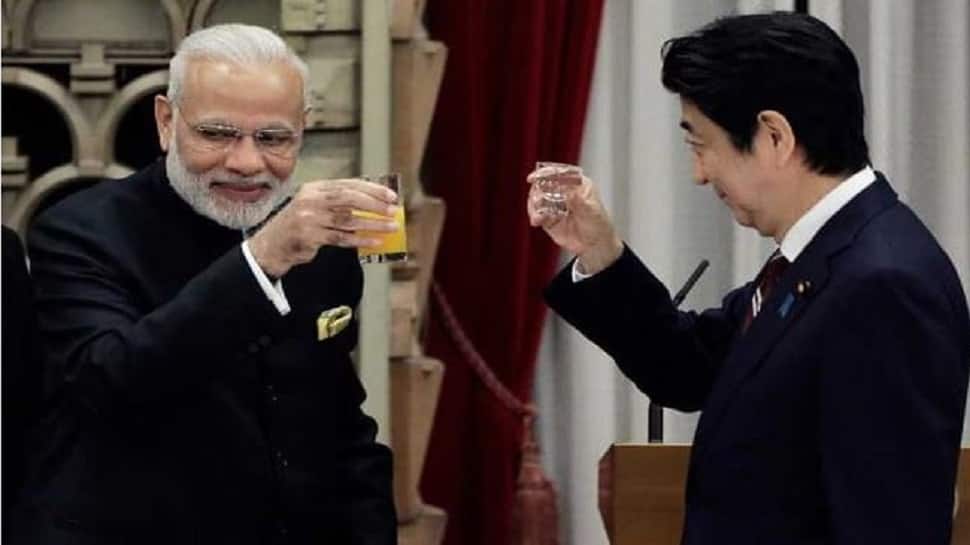 
Check out selected photos from Shinzo Abe’s visits to India

In 2007, Shinzo came to India for the first time as Prime Minister. He gave a speech in Parliament named ‘Confluence of two seas’. This concept is now the cornerstone of Indo-Pacific relations and the strong ties between India and Japan. In the picture, Shinzo is accompanied by then Lok Sabha Speaker Somnath Chatterjee, PM Manmohan Singh and Vice President Hamid Ansari.

After taking over as Prime Minister for the second time, on 26 January 2014, Shinzo Abe attended the 65th Republic Day celebrations as the chief guest. The picture features former President Pranab Mukherjee with Shinzo Abe. 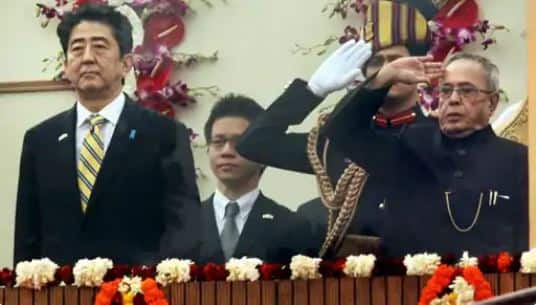 This picture is from Shinzo Abe’s third visit to India in 2015. Shinzo Abe met PM Modi at Hyderabad House in New Delhi. 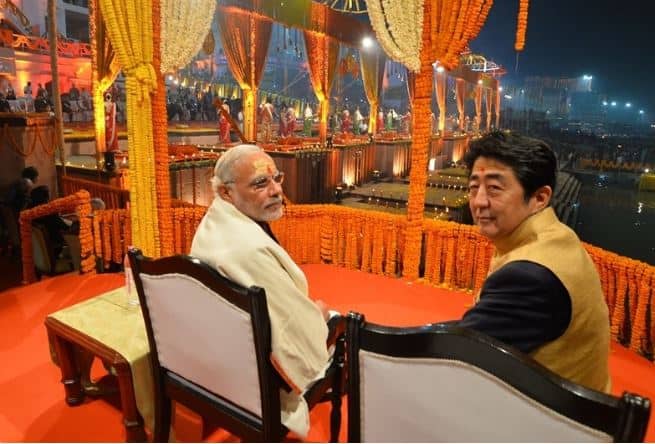 During his third visit to India, Shinzo Abe along with Prime Minister Narendra Modi attended the Ganga Aarti in Varanasi. Here he also performed the aarti with the plate of worship in his hand. This picture was a hallmark of the deep relationship between India Shinzo Abe and PM Modi. 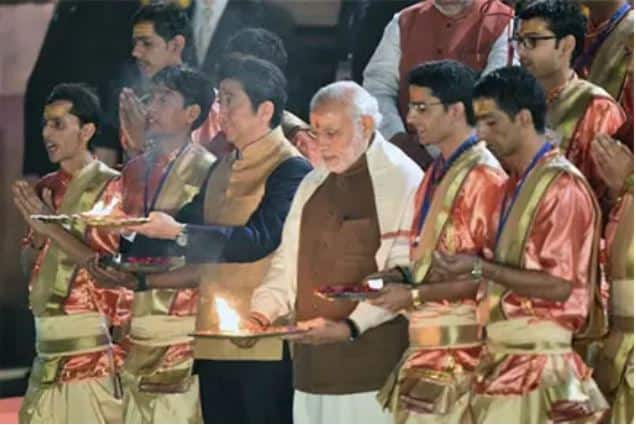 After attending the Ganga Aarti, the two leaders spent some such informal moments together. Shinzo Abe was seen showing something to PM Modi in his phone. 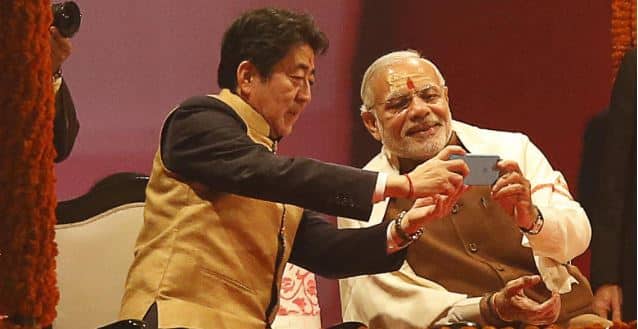 In September 2017, Shinzo Abe visited India for the fourth time. He had come to Gandhinagar in Gujarat to participate in the Indo-Japanese talks. PM Modi, who arrived at the airport to receive him, welcomed him with a hug. 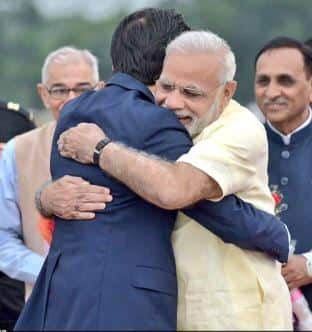 After leaving the airport, Prime Minister Narendra Modi took part in the roadshow with Shinzo Abe, breaking the official protocol. 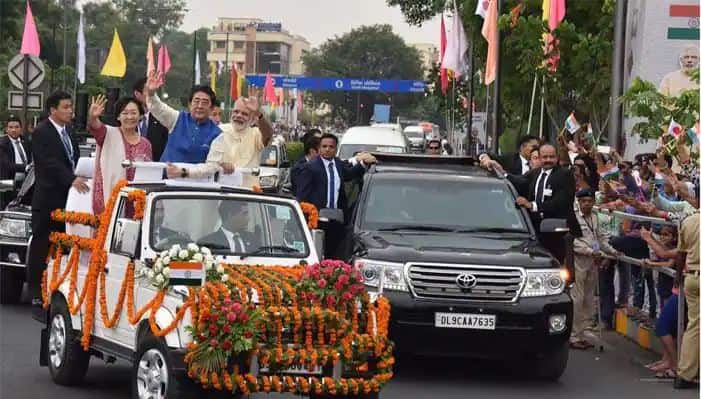 Shinzo Abe and his wife Eki Abe arrive at the Sidi Sayed Mosque in Ahmedabad. Prime Minister Narendra Modi was also with him here. 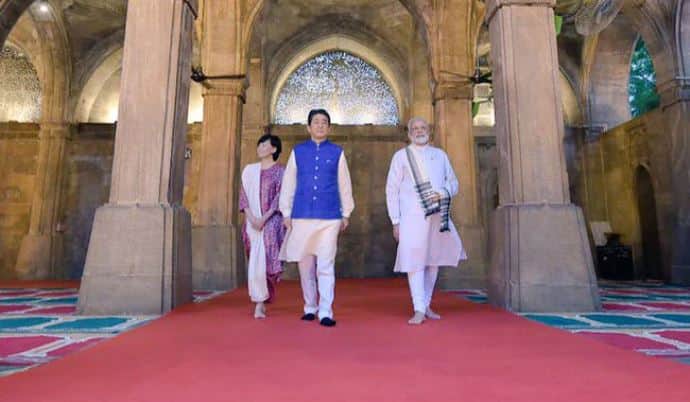 During the Ahmedabad visit, Shinzo Abe and PM Modi paid tribute to Mahatma Gandhi by visiting the Sabarmati Ashram. 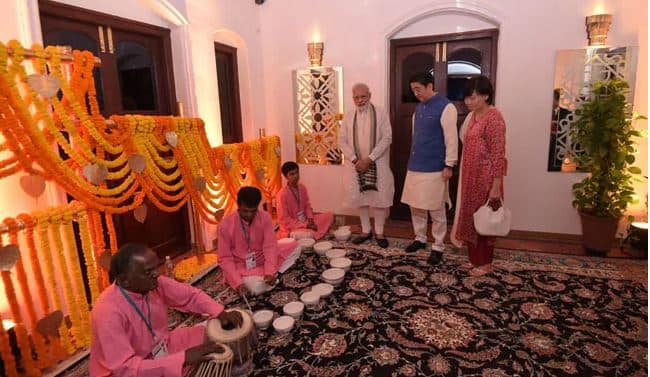 When Indian Prime Ministers went to Tokyo and met


Indian Prime Minister Manmohan Singh and Shinzo Abe meet during the India-Japan Summit in Tokyo, Japan on 29 May 2013. 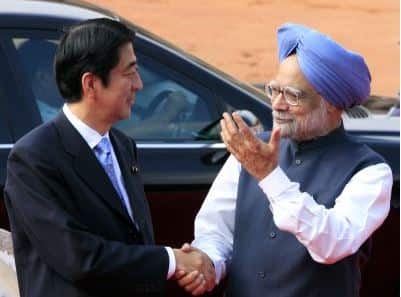 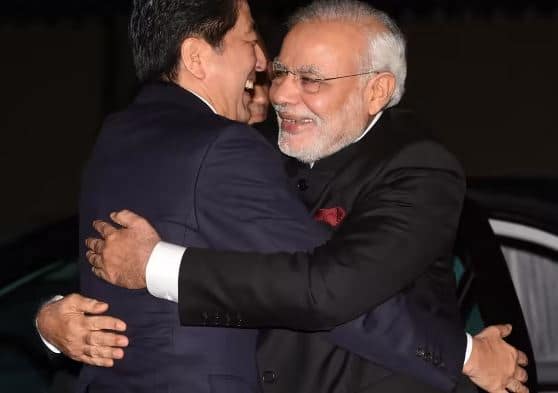 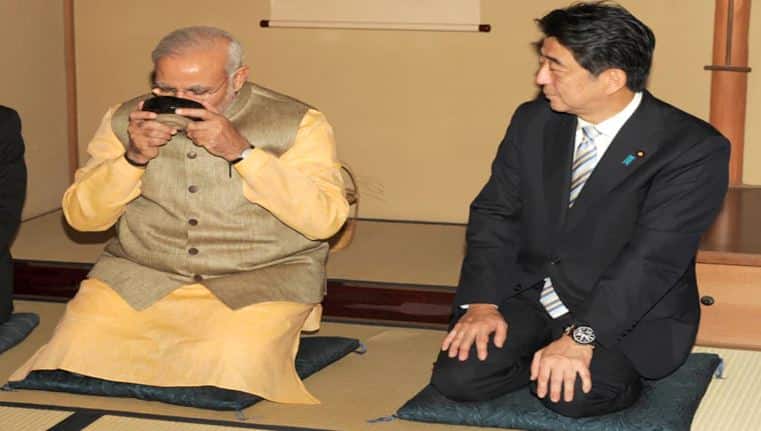 PM Modi attends dinner at the official residence of the Japanese Prime Minister during his visit to Tokyo in October 2018. 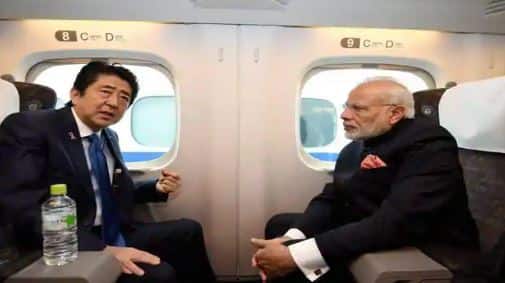 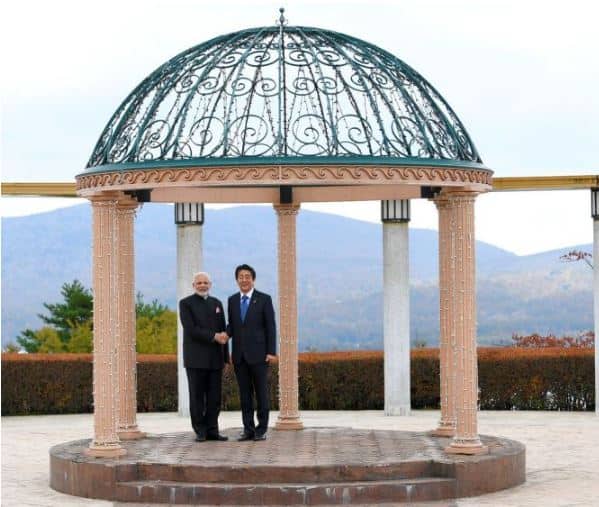 The G20 Leaders’ Meeting was held in Osaka, Japan in June 2019. During the photo session, Shinzo Abe welcomed Indian Prime Minister Narendra Modi like this. 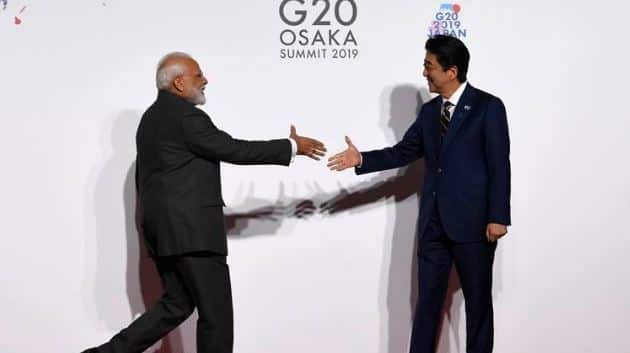