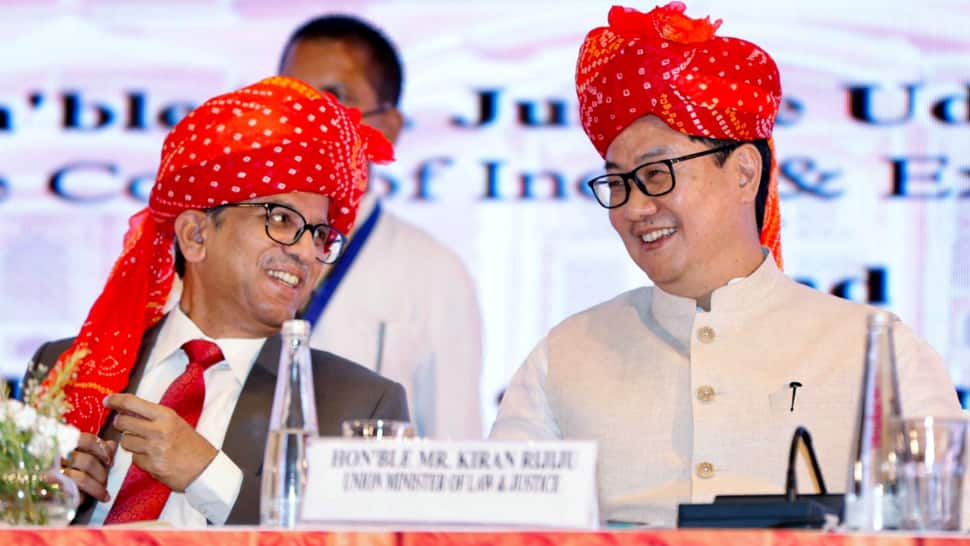 New Delhi: Law Minister Kiren Rijiju said on Wednesday (July 27, 2022) that the Supreme Court judgement upholding several provisions of the Prevention of Money Laundering Act (PMLA has cleared all doubts raised by “various quarters” and asserted the government has “no role in determining any case”. The judgement has made it amply clear agencies don’t do anything which is illegal and unconstitutional, Rijiju said.


The actions by probe agencies are truly in the spirit of the government’s intention to check corruption and punish the corrupt, he said.

“The action taken by anti-corruption agencies, ED, in this case, is very much as per the law and on the basis of the merits of the cases. The government as such has no role in determining any cares, and each case is handled on merit. This Supreme Court judgement has made it amply clear that agencies don’t do anything which is illegal and unconstitutional,” he said.


In a swipe at Opposition parties which have accused the government of misusing the law to target them, he said the verdict has cleared all those efforts to create confusions and doubts by various quarters.


The Supreme Court, in the significant verdict, upheld the Enforcement Directorate’s (ED) powers relating to arrest, attachment of property involved in money laundering, search and seizure under the PMLA that were challenged by multiple petitioners including Congress’ Karti Chidambaram.