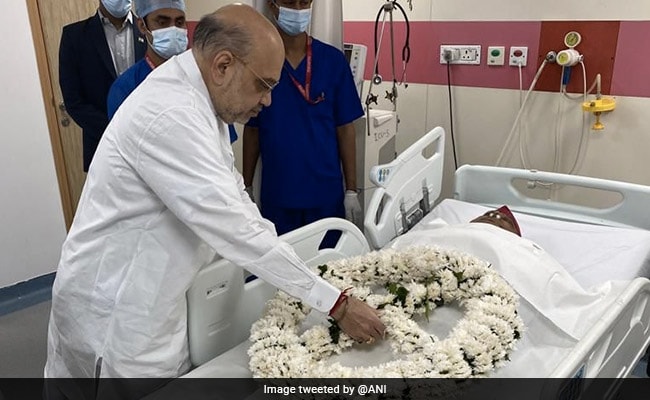 Mr Shah took to Twitter to express his grief and said that the Samajwadi Party supremo and former Uttar Pradesh Chief Minister will always be remembered as a “grassroots leader”.

“Mulayam Singh Yadav ji remained active in politics for decades with his unique political skills. During the Emergency, he raised his voice for the restoration of democracy. He will always be remembered as a grassroots leader. His death marks the end of an era in Indian politics,” Mr Shah tweeted in Hindi.

The Samajwadi Party patriarch’s condition had been “quite critical” for the past few weeks, and he was on life-saving drugs.

Soon after learning about the death of the Samajwadi Party founder, Prime Minister Narendra Modi remembered his relationship with the veteran leader and tweeted, “Shri Mulayam Singh Yadav Ji was a remarkable personality. He was widely admired as a humble and grounded leader who was sensitive to people’s problems. He served people diligently and devoted his life towards popularising the ideals of Loknayak JP and Dr Lohia.”

Born on November 22, 1939, Mr Yadav was one of the most prominent leaders of Uttar Pradesh who served as the Chief Minister of the state thrice and also served as Union Defence Minister. He was elected 10 times as MLA and 7 times as Lok Sabha MP.

In July this year, the Samajwadi Party patriarch’s wife Sadhna Gupta died after undergoing treatment at a private hospital in Gurugram for a lung infection.